UEFA EURO 2020: All Information you need to know about the Tournament

The Euro 2020 Opening Ceremony officially took place at Rome’s illustrious Stadio Olimpico on 11 June 2021 after a year delayed by the Covid-19 pandemic. This has been considered the unique Euro’s tournament since its inaugural season in 1960. There are a lot of special things about the biggest European football championship this season that you might not know. Let’s check them out with Betimate in this post!

The final tournament was initially booked from 12 June to 12 July 2020 but postponed due to the Covid-19 pandemic in Europe. It was rescheduled for 11 June to 11 July 2021 and retained the name “UEFA Euro 2020”. However, many people called it Euro 2021 because of its playing time. The Euro 2020 is going to be held in 11 cities in 11 UEFA countries on the occasion of the 60th birthday of the competition. The Video Assistant Referee (VAR) system is also making its debut this season. The International Broadcast Centre (IBC) which is located at the Expo Haarlemmermeer in Vijfhuizen (the Netherlands) has the right to broadcast all matches of the tournament. 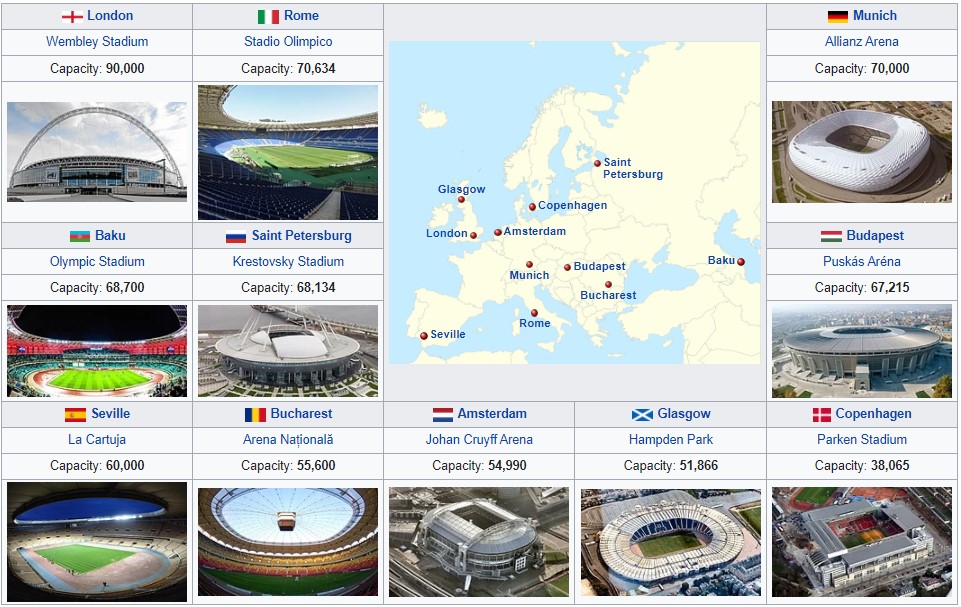 Postponement of many football games

In early 2020, the outbreak of Coronavirus in Europe as well as all over the world made non-small impacts on players, staff, and spectators of the tournament. Many other domestic and UEFA competitions began taking place behind closed doors and then suspended. On 17th March 2020, after the videoconference with member associations, UEFA announced that Euro 2020 would be postponed to June 2021. Along with that decision, the expanded FIFA Club World Cup which was scheduled to take place in June and July 2021 was put off.

To celebrate the 60th “birthday” of the tournament, Euro 2020 was originally planned to be held in 13 venues on 19 September 2014. However, there were a lot of changes in the processes of arranging stadiums and audience plans to both make real sense for football fans and guarantee people’s safety during the Covid-19 pandemic. 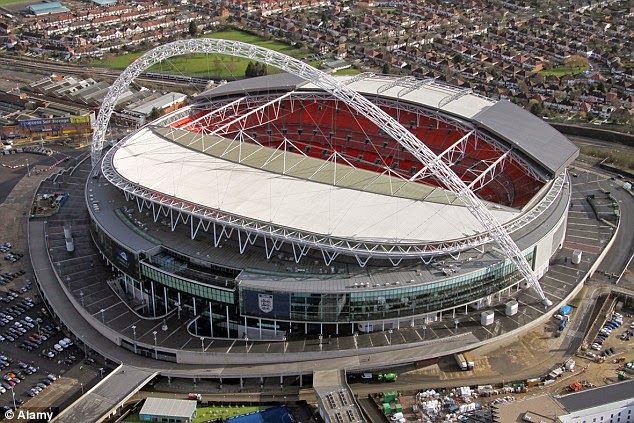 On 7 December 2017, the UEFA Executive Committee removed Brussels (Belgium) as a host city due to delays with the building of Eurostadium. The four matches initially scheduled to be played in Brussels were reassigned to Wembley Stadium in London. On 23 April 2021, Aviva Stadium in Dublin (Ireland) was removed as a tournament host due to a lack of spectators’ guarantees. Their four matches were reallocated to Krestovsky Stadium in Saint Petersburg (3 group stage matches) and Wembley Stadium in London (a round of 16). Later, four games in La Cartuja stadium in Seville (Spain) would also be played in  San Mamés in Bilbao (Spain) instead. Of the 11 Euro 2020 hosts, seven cities and six countries have never hosted a European Championship finals match before.

The spectator’s limits are displayed in the below table:

On 27 April 2021, UEFA announced to expand the number of each team from the usual 23 players to 26 players. However, teams shall only name 23 players max on the match sheet  (11 starting players and 12 substitutes). After each team’s first game, goalkeepers can be replaced.

Because of Coronavirus effects, special rules were given to guarantee the best status for the final tournament.

There was not any team automatically qualified. All 55 UEFA national teams, including 12 national teams whose countries were selected as the tournament venues, had to compete in the qualification for the 24 places at the final tournament.

Following the entrance of the Kovoso team, it was announced that 55 member teams would be drawn into 10 groups ( 5 groups of 5 and 5 groups of 6), with the best two teams in each group qualifying. The other four places were later chosen through playoffs contested among 16 participating teams based on UEFA Nations League group positions and performances.

The draw for the Euro 2020 final tournament was held on 30 November 2019 at Romexpo in Bucharest, Romania. The 24 teams were drawn into 6 groups of four. The identity of the four playoff teams was not known at the time of the draw and was identified as play-off winners from A to D.

The below table is the final result of the draw after the Euro 2020 playoffs finished. The team in italics words are play-off winners whose identity was not known at the time of the draw.

The opening ceremony of Euro 2020 took place at the Stadio Olimpico on 11 June 2021 at 08:35 pm (CEST) before the first match of the tournament between Italy and Turkey. 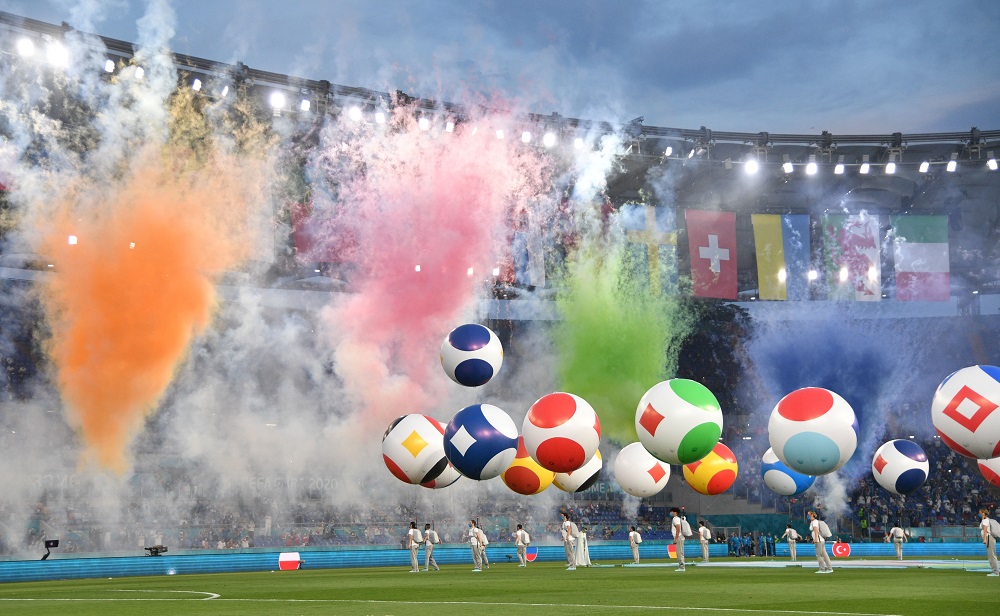 The ceremony was likened to a party of sounds and lights with professional virtual reality technology. The famous opera aria “Nessun dorma” and the official song "We Are the People" were performed by famous artists. Two Italian football legends Alessandro Nesta and Francesco Totti stepped onto the pitch to open the unique ceremony.

After the imposing performance, the opening match of Euro 2020 was officially played with the 3-0 win belonging to Italy against Turkey. 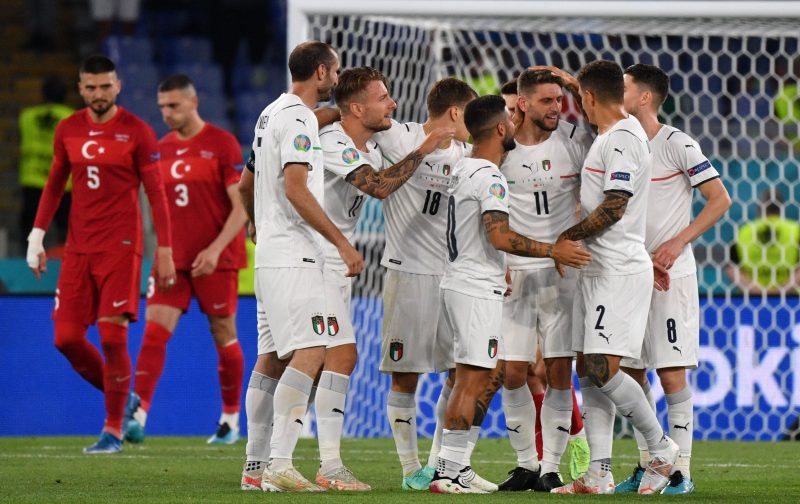 The group stage of the Euro 2020 was scheduled from Friday 11 June 2021 to Wednesday 23 June 2021. The matches have been taking place every day following the official plan of UEFA.

The top two teams of each group are going to be advanced to the Knockout stage. 4 of 6 teams at the third positions can enter the knockout phase based on their rankings.

If two or more teams are equal on points, the tie-breaking criteria of higher points gained in the matches between the teams, then superior goal difference, then goals scored, etc are applied. 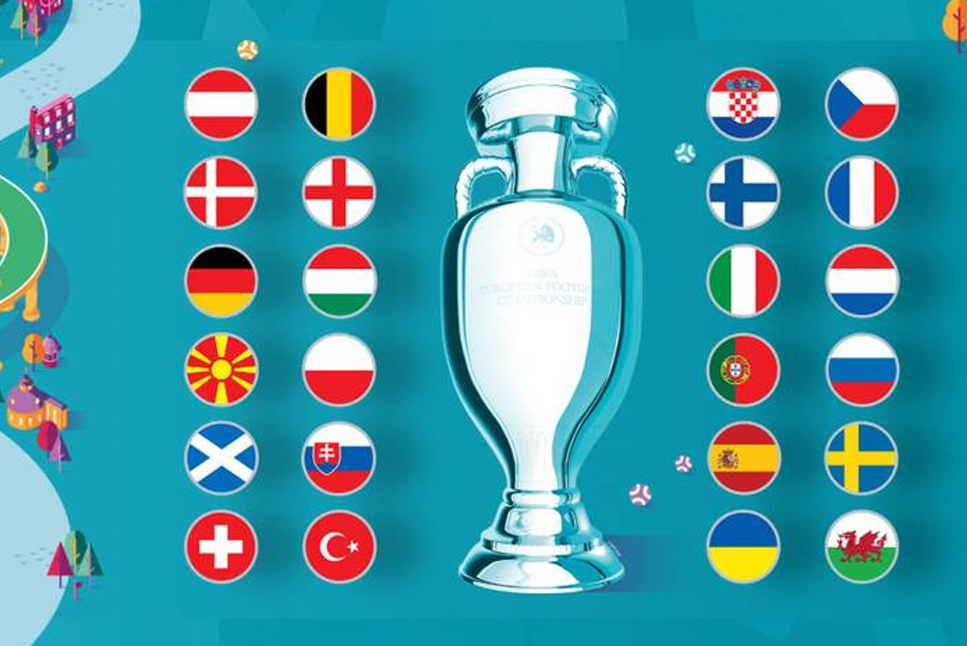 After overcoming the Group stage, Euro 2020 qualifiers join the knockout phase. The criteria of extra time, substitutions, penalty shoot-outs will be the last choices to decide the result of each match. There will be no third-place playoff in this round. The specific match-ups relating to the third-placed teams will depend on which four third-placed teams will qualify for the Round of 16.

After the Round of 16 are the Quarter-finals, Semi-finals, and then the Euro 2020 Final which is going to be played on 11 July 2021 at Wembley Stadium in London.

The prize money was decided in February 2018. Each team receives a participation fee of  €9.25 million. The winners can earn a sum of money up to €34 million.

The official logo was introduced on September 21, 2016, during a ceremony held at London's City Hall. The logo depicts the Henri Delaunay Trophy surrounded by celebrating fans, which displays how football connects people all over the world.

Each host city also has its own distinctive logo. The rectangular logos show the text "UEFA EURO 2020" on top, the city name situated above the text "host city" on the bottom, the main tournament logo on the left, and a famous local bridge on the right (all in capitals). Each logo is available in English as well as local language versions when appropriate. The logos have been on display since September. The official slogan of the tournament is “Live It. For Real” which encourages fans to see the matches live in the stadiums across Europe.

The “Uniforia” by Adidas was chosen as the tournament's official match ball on November 6, 2019, by UEFA. Its name is a combination of the words "unity" and "euphoria." The ball is predominantly white with black strokes and blue, neon, and pink stripes.

Skillzy is the tournament's official mascot. Freestyle football, street football, and panna culture have all influenced his character. Here are all details you should know about Euro 2020. All of the Euro 2020 predictions and Euro matches of the tournament are consecutively updated on our Betimate site. Don’t miss any games of this most expectable competition these days!