Something you should know about the Norway Toppserien Women

The Norway Toppserien is the top tier of women’s association football in Norway. The competition was established in 1984 under the administration of UEFA. After 37 years, it has become a familiar league for fans who love Norwegian women’s football.

History of the Norway Toppserien Women

Women’s league football was represented on a county basis in 1977. All leagues in this system acted as qualifications for the geographical league in 1979.

The First Division was founded in 1984 with 3 streams named Group Eastern-Norway (Østlandet), Group Western-Norway (Vestlandet), and Group Mid-Norway (Trøndelag). However, no teams from the Nord-Norge region played in the competition. The winner of each group joined a playoff. Trondheims-Ørn won the first season in 1983 but that title was considered unofficial by the Football Association of Norway.

What is the structure of the Top League?

The Toppserien currently includes 12 teams. They play each other twice (home and away), for a total of 22 games. The achievements of the teams are ranked by points. Each team gets 3 points for a win, 1 point for a draw, and zero for a loss. If the total points are equal among some teams, the coefficients are calculated based on the Goal difference, Goals scored and Results between the tied teams. 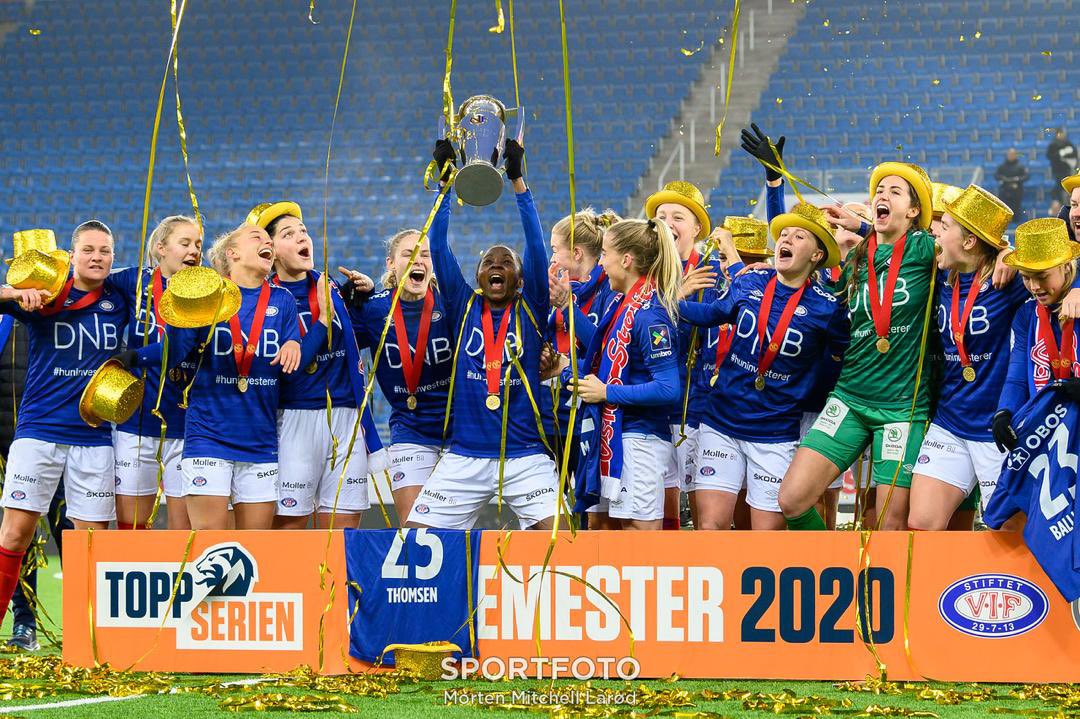 Most Successful Teams in the Toppserien Women

Rosenborg4 and LSK Kvinner3 are now the dominant power in the Toppserien Women competition with 7 titles each. Asker1 has just 1-title less to reach the current record.

Champions over the years