WHAT IS AUSTRALIA A-LEAGUE YOUTH?

The Australia A-League Youth or the Y-League is an Australian national soccer youth developmental and under 23 reserve league. The official Y-League was founded in 2008 as a successor to the previous competition of the National Youth League (1984-2004) and commenced in August 2008. At the present, it is also known as the Foxtel Y-League for sponsorship reasons.

It runs in conjunction with the A-League as a developmental/ reserve league under the administration of the Football Federation Australia. Between 1984 and 2004, the National Youth League was played as an Australian national soccer league run in parallel to the National Soccer League (NSL).

The current league was started in March 2008. Along with A-League, the Y-League was aimed to develop young Australian talent into the league as well as into the Australian national team and its affiliates such as U17, U20, and U23 teams.

The inaugural season was made up of 7 teams, each one linked to the corresponding Australian club in the A-League (excluding Wellington Phoenix). They had strong links to players training at the Australian Institute of Sport (AIS).

In the 2009-10 season, there were 10 teams in the league because of Gold Coast United and a team from the Australian Institute of Sport Football Program. In 2020, it was joined by 10 teams that competed in the A-League as well.

From the 2020-21 edition, the league is expanding to eleven teams with the participation of Western United. 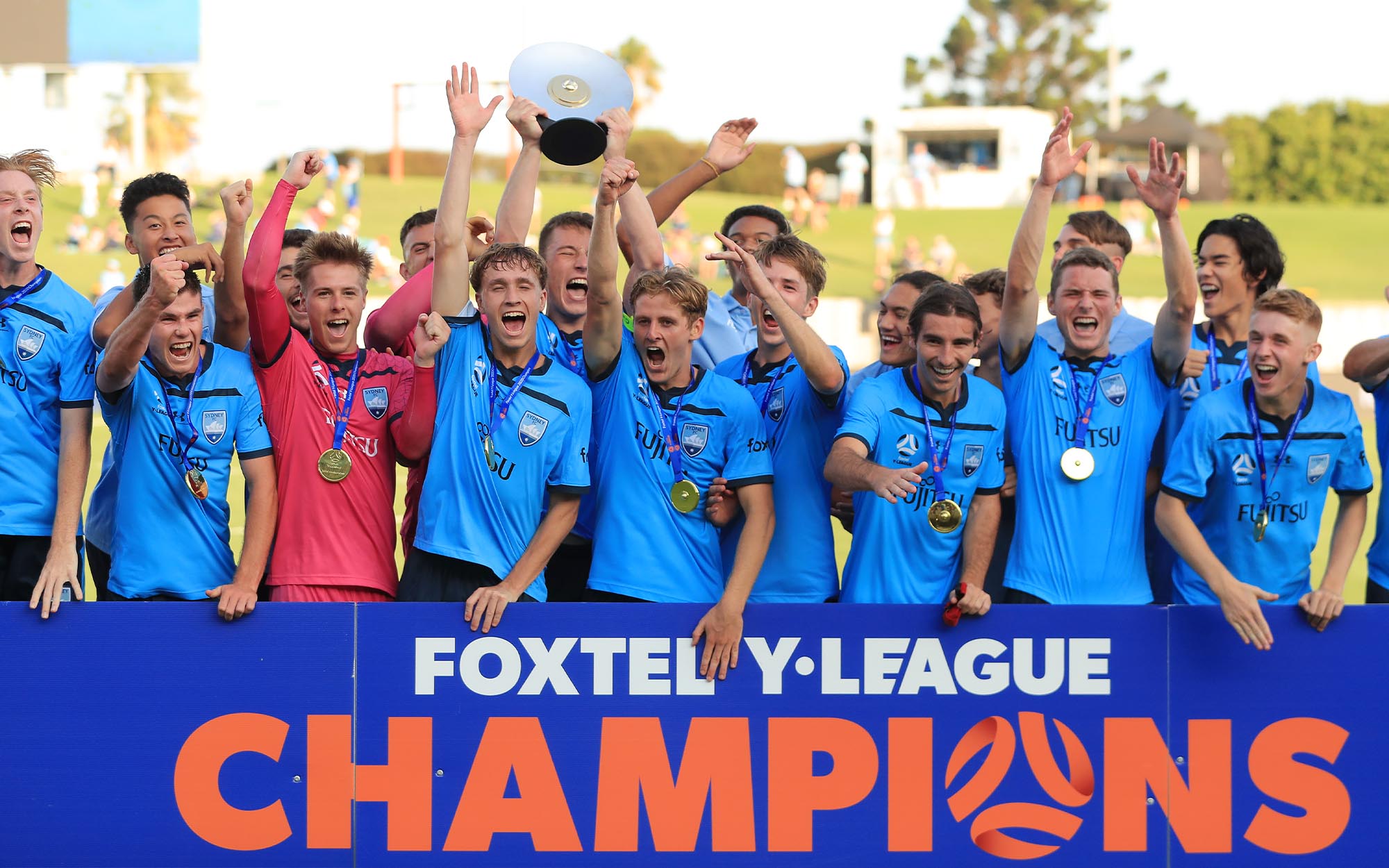 HOW IS THE FORMAT OF THE AUSTRALIA Y-LEAGUE?

Each team contracts a squad of 16 Youth Development Players. They must be between the ages of 16 and 23 as of the start of the calendar year the season commences. Four over-age players (including goalkeepers) are also allowed to be chosen. These members often come from the senior team.

Each youth player must receive a minimum of 30- minute game time. Players under 21 signed for the first team filling foreign player spots are classed as over-age players.

Up until the 2014-15 season, the league had an 18-round format. Each team plays every other twice at home and away fields. In previous seasons, an end-of-season finals series playoff tournament was played between the highest-ranked teams from the regular season, culminating in the Grand Final game. Its aim is to provide a pathway for young players and stale league players to play regular high-level football. It also allows reserve players from senior A-league teams to remain match fit.

Since the 2015-16 season, a new format has been applied. From 2016, all A-League clubs now have their youth teams entered into their local conferences of the National Premier League. The season was shortened from 18 games per team to 8 games plus a Grand Final. The existing 10 NYL clubs were divided into 2 conferences of five teams. They were Conference A which included teams from Western Australia, Southern Australia, Victoria, and Queensland; and Conference B which consisted of teams from The Australian Capital Territory (ACT), and New South Wales (NSW).

All teams play every other in their conference on a home and away basis. After that series, a Grand Final is played between the top teams from each conference.

The 2019-20 season is the latest edition of the Australia A-League Youth. The champions are Sydney FC Youth with the 5-1 victory over Melbourne Victory Youth. The 2020-21 season did not take place due to the worldwide Covid-19 pandemic.

TITLES BY CLUBS IN THE AUSTRALIA A-LEAGUE YOUTH