Belgian Cup in a nutshell

Let’s keep yourself updated with the latest information and basic understanding of the competition. Betimate also provides the best Belgian Cup Predictions based on our accurate system so your next bet might be a big win.

What is the Belgian Cup?

The Belgian Cup is an annual knockout football tournament that was founded in 1911 in Belgium. It is also known as the Coupe de Belgique in French and Belgischer Fußballpokal in German. The cup has been called the Croky Cup since the 2015-2016 season due to the sponsorship from the chips and snacks company called Croky. The Belgian Cup is typically held from August to April of the following year. The origin of the Belgian Cup

The Belgian Cup has a rich history with numerous times being suspended and folded. The competition officially ran in the 1911-1912 season, however, it actually existed prior. In 1907-08, the game occurred with the participation of provincial selections, which were actually not teams. The game was then held off until the official introduction in 1911.

However, World War I interrupted the Belgian Cup for more than a decade, until the 1926-27 season. Soon after that, the cup didn’t receive respect from the leading clubs at that time, making it again fall into suspension. The competition was brought back in 1953 but three years later, the cup was once again stopped.

In 1964, when the European Cup Winners’ Cup was established, the Belgian Cup was opened to send Belgian representatives into this continental cup division.

How does the Belgian Cup work?

As already mentioned, the Belgian Cup is a knockout football competition that comprises hundreds of participants. To reduce the number of teams taking part in the tournament, there will be eight rounds before the semifinals and final match.

Typically, all teams from the national level are eligible for the Belgian Cup, however, teams can receive byes for later rounds if they are from a higher level. If the amateur club is paired with a professional counterpart, they will always receive a home advantage in case their venues qualify for the regulation specifications.

All the matches are played over one-legged ties, except for the semifinals, which are played over two legs. If one match from the first three rounds ends up a level, penalty shots will take control to determine the winner. From round four to the end, extra time will be played in case there is a tie. If the tie still isn’t broken, penalty kicks will decide the result. The eventual winner to qualify for the UEFA Europa League Group Stage of the next season.

When is the 2022 Belgian Cup final held?

The 2022 season is the 67th edition of the Belgian Cup with the final round scheduled to be held on 18 April. This very last is usually played at the King Baudouin Stadium, which is located in North-West Brussels, Belgium. The final will feature the match between Anderlecht and Genk, who have defeated plenty of teams to have tickets to the last round.

Who is the most successful team in the Belgian Cup history?

Club Brugge is considered the most successful club in the Belgian Cup so far, with 11 times lifting the trophy. This year, Club Brugge was eliminated in the semi-final match due to the 1-3 loss (agg) against Gent. 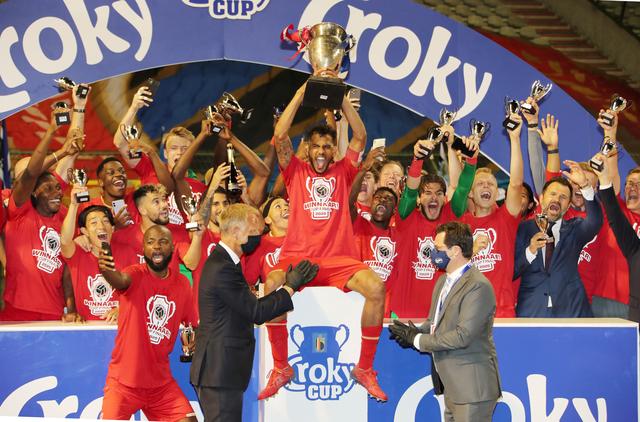