The Germany Oberliga Westfalen is the top football league in the Westphalia region, which is part of the state of North Rhine-Westphalia. The league ran from 1978 to 2008, when it was replaced by the NRW-Liga, a modern statewide league. For more details of the present tournament, please check out Oberliga Westfalen Predictions here!

The Oberliga Westfalen was reintroduced as the top tier in the area and the fifth level overall in Germany with the restructuring of the league structure in 2012, which limited the Regionalliga West to clubs from North Rhine-Westphalia only and dissolved the NRW-Liga below it. It is one of fourteen Oberligas of German football, and it is the fifth tier of the German league structure. The league was established in 1978 as the highest level of competition for the Westphalia district, which was previously divided into two classes and covering the eastern half of the state of North Rhine-Westphalia.

The key reason for establishing this league was to give its champion automatic promotion to the 2nd Bundesliga Nord rather than having to compete in a promotion play-off. The league was founded by the merger of nine clubs from the Verbandsliga Westfalen-Nordost and eight clubs from the Verbandsliga Westfalen-Südwest. SC Herford was relegated to the new league from the 2. Bundesliga Nord.

History of the Oberliga Westfalen:

The champions of the Oberligas were directly promoted again when the Regionalligas were formed in 1994, but the Oberligas fell to the fourth tier of the German football league structure. The top six teams from that year's Oberliga were invited to the current Regionalliga West/Südwest, with the following clubs:

The league came back to life in 2012 when the NRW-Liga disbanded once more time.

Champion of the Oberliga Westfalen: 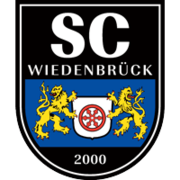 Founding members of  the Oberliga Westfalen:

From the 2nd Bundesliga Nord: