COPPA ITALIA- ONE OF THE BEST MEN’S ITALIAN FOOTBALL TOURNAMENTS

People often think about the Italian Football League System when talking about Italian football. Although those leagues are big and famous globally, you should not ignore attractive Domestic Cups in Italy. Among them, Coppa Italia is noticed by fans so much. Besides gaining more knowledge about this cup, we also offer you Coppa Italia Predictions for free, updated day by day.

WHAT IS COPPA ITALIA?

The Coppa Italia or the Italy Cup is an Italian association football annual cup competition. Its first edition was held in 1992 with the winning cup belonging to Vado. However, its second completed tournament was decided to take place 13 years later. In the 1935-36 season, the Coppa Italia started being scheduled annually. After the 1942-43 season, World War II broke out and made the tournament delayed until 1958. Since then, the Italy Cup has been played every year without any interruption.

Each player of the winning team can wear a cockade of Italy (Italian: La coccarda) on their uniform all next season. This is a round mark performed in colors of the Italian tricolor. The cockade is a Cup equivalent of scudetto – a rectangular badge on the uniform of the current champion of the country.  Moreover, winners will automatically qualify for the UEFA Europa League group stage and the Supercoppa Italiana the following year. HOW IS THE FORMAT OF COPPA ITALIA?

The current format of the Italy Cup was formed in the 2011-12 season. At present, 78 teams participate in the tournament. These are 20 Serie A clubs, 22 Serie B clubs, 27 Serie C teams, and 9 amateur teams of Serie D. There are a total of eight rounds which are decided into 2 phases of four. 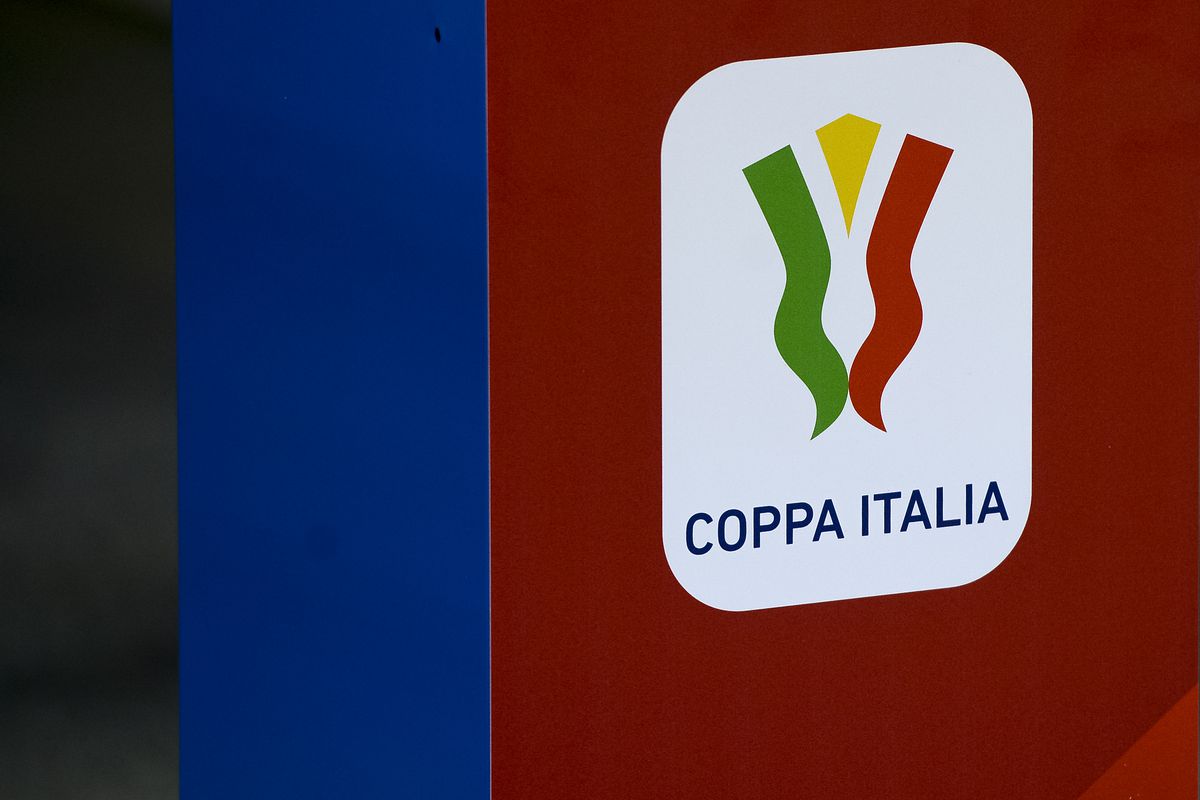 In the first qualifying round of the First Phase, 36 clubs of Serie C (Lega Pro) and Serie D meet and compete with each other. The Serie B’s teams take part in the Cup race during the second round. The 12 lowest-ranked teams in Serie A in the previous league (in case they are not simultaneously participating in European competitions) enter in the third round of the competition. There are no new participants in the fourth round. Only 16 winners of the previous stage play there.

In the Second Phase, the remaining 8 best Serie A clubs join the tournament in the fifth round, at which points 16 teams remain. From the quarter-final onwards, teams keep to the knockout scheme.

Rounds in the First Phase, the Final 16, and the Quarter-final stages presuppose only to play a single-leg match.  Pairings for each knockout round are made in advance. The draw for the whole tournament is made before a ball is kicked. Semi-finals suggest a two-legged format: each team plays at home and away. The final stage also consists of one- match only.

If a match is tied, extra time is played. In case of a draw after 120 minutes, a penalty shoot-out is contested. Having the winning title, the winners qualify for the UEFA Europa League (formerly the UEFA Cup). In the event that the champions have already qualified for the UEFA Champions League via Serie A, or are not entitled to play in UEFA tournaments for any reason, the vacancy will be replaced with the next highest placed team in the league table.

WHEN DOES THE COPPA ITALIA TAKE PLACE?

The competition begins in August with the First Phase of 4 rounds. The fifth round( Round of 16) takes place in January of the next year. The final is decided in May at the Stadio Olimpico in Rome.

TOP 10 PERFORMANCES BY CLUB IN THE COPPA ITALIA

Juventus is the competition's most successful club in Coppa Italia with 14 times getting the winning title. It is followed by Roma with 9 wins. Juventus has contested the most finals with 20 times entering the final game while Roma is nearby with 17 finals.

Teams with the lower ranks in the Top 10 are absolutely excellent as well. Inter Milan FC, Lazio, Fiorentina and Napoli are redoubtable rivals. Typically, Napoli is the champion of the Coppa Italia Cup in the latest season 2019-20.

TOP 10 GOALSCORERS IN THE ITALY CUP

In the history of the Italy Cup, players’ names as  Roberto Mancini, Roberto Baggio, Fausto Salsano are invincible. Their achievements are always highly appreciated and expected by the following generations.

FAQS OF THE COPPA ITALIA

Is Juventus still in Coppa Italia?

According to the Coppa Italia schedule, Juventus will compete with their Serie A rivals Atalanta in the 2021 Coppa Italia final on May 19th. Juventus held Inter Milan to a 0-0 draw earlier to progress to the final. I Bianconeri previously beat Internazionale 2-1 in the first leg of the semi-final thanks to a Cristiano Ronaldo double. Andrea Pirlo now has the opportunity to lead these giants to a 14th Coppa title in May.

Where can I watch Coppa Italia?

ESPN has the right to show Juventus vs Atalanta in the Coppa Italia final and all of the Italian football in the US. All matches will be available in English and Spanish. You can sign up to ESPN+ to watch the Coppa Italia Streaming service of the channel.

Juventus became the winners in the 2021 Coppa Italia Final. They won 2-1 against Atalanta to earn the right to compete in the 2021 Supercoppa Italiana against the champions of the 2020–21 Serie A, Internazionale. 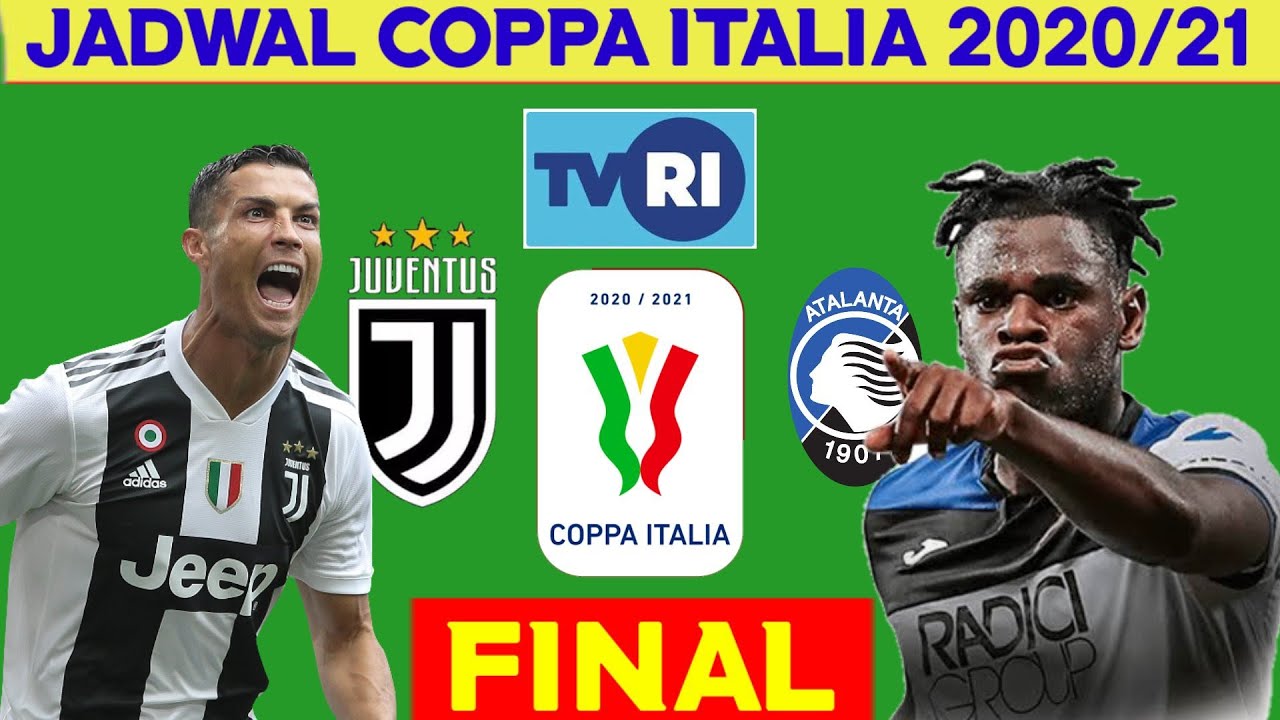