Champions League is what millions of football fans around the world care about whenever a new football season comes. The reason is this is the second biggest football league in the world which is just after the World Cup. At the UEFA Champions League, we can witness peak matches, famous footers, and spectacular kicks from the best European football clubs. These days, the atmosphere on pitches for the Champions League is more bustling than ever. There are a lot of interesting things in this league that you might not know.

You can also follow all the best UEFA Champions League Predictions right on our page. Do not miss these guides!

WHAT IS THE UEFA CHAMPIONS LEAGUE?

The UEFA Champions League or UCL is a club football competition organized by the Union of European Football Associations ( UEFA) annually for clubs with the highest rankings in Europe. It is considered one of the most prestigious football tournaments in the world and the most prominent club competition in European football, played by the national league champions and some runner-ups of their national associations in Europe.

UCL was established in 1955 under the name of the European Champion Clubs’ Cup or European Cup with 16 sides taking part. It was initially a straight knockout tournament open only to the champions of Europe’s domestic leagues. The competition was renamed into the UEFA Champions League in 1992, added a round-robin group stage in 1991, and allowed multiple entrants from certain countries since 1997. Until now, the football tournament has expanded with a total of 79 clubs including 32 teams in the group stage. 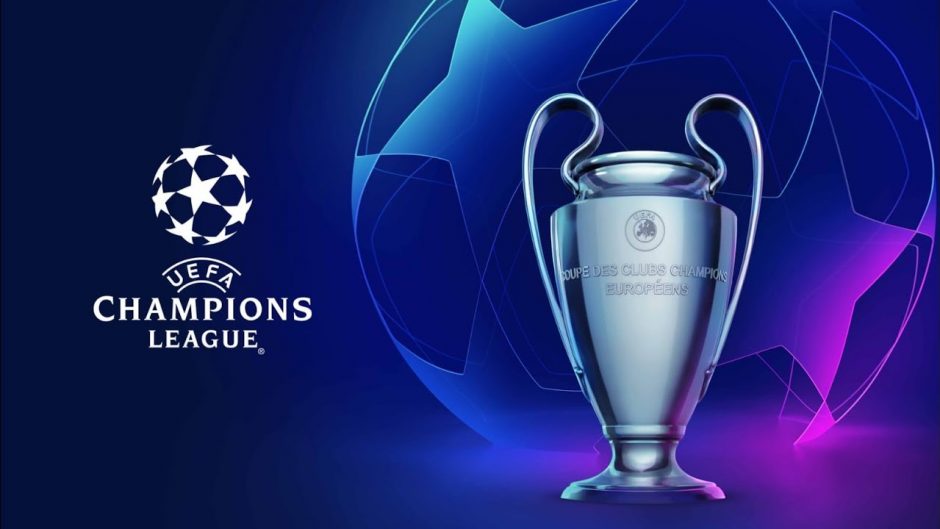 HOW IS THE FORMAT OF THE CHAMPIONS LEAGUE?

According to its present format, the Champions League begins with a preliminary round, three qualifying rounds, and a play-off round. All are played over two legs.

After those rounds, 6 surviving teams entered the group stage to join 26 teams qualified in advance. Making the draw is used for this stage. 32 teams in the group stage are divided into 8 groups of four. That also means teams from the same nation may not be drawn into groups together. Each team plays 6 group stage games, meeting the other 3 teams in its group home and away in a round-robin format. The group winners and runners-up have the advance to the round of 16, the first round of the knockout phase. The third-placed teams step to the UEFA Europa League.

In the round of 16, the winning team from one group plays against the runners-up from another group.

From the quarter-finals onwards, the draw is randomly made. The competition uses the away goals rule: if the aggregate score of the two games is tied, the team who scored more goals at their opponent's stadium advances. If away goals are also equal, extra time (an additional 30 minutes) is played. The away-goals rule is again applied after that time.

The final round is played between the 2 most excellent teams in a neutral venue. If the score of each team is the same at the end of normal time, extra time is played. If the score is still equal after extra time, the winner is decided by a penalty shootout. 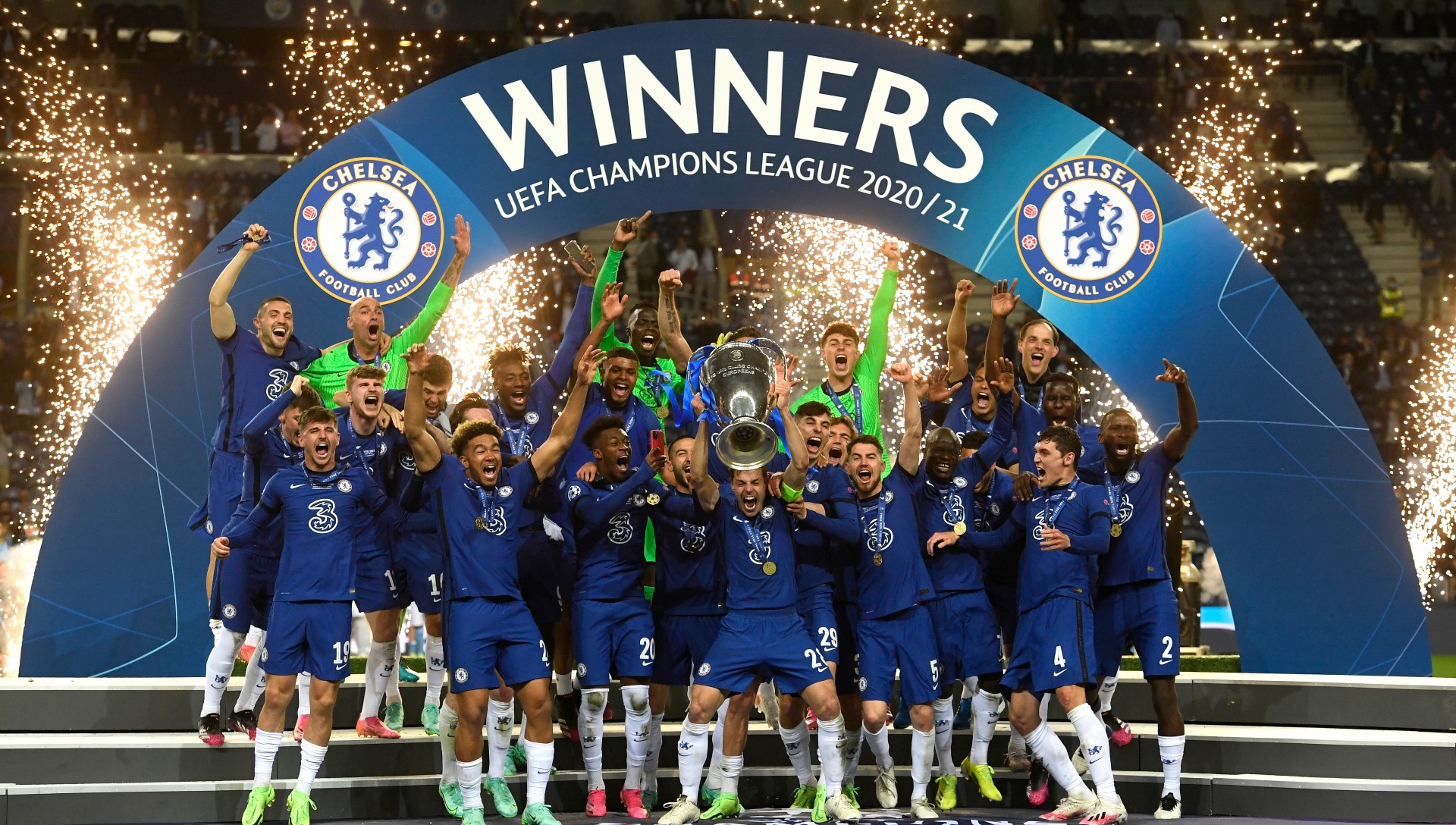 In the normal condition, UEFA Champions League tournaments begin in late June with an elimination round and qualifying rounds. After the playoff round, the group stage is played from September to December, whilst the knock-out stage starts in February. The knock-out ties are played in a two-legged format, except for the final. The final is often held in the last two weeks of May, or in the early days of June. In the 2019–20 season, due to the COVID-19 pandemic, the competition was suspended for five months, with the final taking place in August.

In the 2021-2022 season, the competition’s schedule is also changed a few times but UEFA still guarantees that the tournaments can happen in the best condition. Here below is the information on the UEFA Champions League schedule from the qualifying stage onwards.

PRIZES OF THE UEFA CHAMPIONS LEAGUE

Being a great and famous football competition, the UEFA Champions League impresses audiences all over the world with its fascinating prizes.

Each year, the champion team is presented with the European Champion Clubs’ Cup which is worth about 200.000 francs. The winners also received 20 gold medals and a replica of the trophy with a smaller size. Simultaneously, they also have the right to keep the real trophy within a year before giving it back to UEFA.

Before the 2008-09 season, any team that won the Cup in three consecutive years or five times overall was awarded the official trophy permanently. There are five clubs having the honour of receiving the official trophy. They are Real Madrid, Ajax, Bayern Munich, Milan, and Liverpool. These clubs together with Barcelona FC who got their fifth trophy in the 2014-15 season are honoured with badges for winners on their left-hand side of the jersey forever and anytime playing in the UEFA Champions League.

Since 2008, the official trophy has been kept by UEFA. The winning team every year is awarded a replica. As of the 2012–13 season, 40 gold medals are presented to the winners of the Champions League, and 40 silver medals to the runners-up.

From 2019-20, the fixed amount of prize money paid to the clubs is as follows:

However, the overall prize money allocated to the winning team of the Champions League will be much higher than that. It also includes shares of the qualifying rounds, play-off round, and the “market pool”.

After reading the aforementioned information, we make sure that you have known more about this prestigious UEFA Champions League. Please visit Betimate for more updated remarkable articles on football.

What are clubs and nations having the most championships?

There are 22 clubs winning the Champions League. Real Madrid holds the record for the most victories with 13 championships. They won the competition the most consecutive times from 1956 to 1960.

Spain has provided the most champions with 18 winning times from 2 clubs. England has got 13 winners from 5 clubs and Italy has got 12 winners from 3 clubs.

The current champions are Chelsea. They beat Manchester City 1-0 in 2021 final.

How is UEFA's calculation of the 'market pool' money?

The revenue which is based on the television 'market pool' fluctuates depending on the number of teams involved in the competition from a particular association.

UEFA's calculation of the 'market pool' money is arrived at through these five factors: