The Austrian Football Bundesliga is the top tier of the Austrian football league system. The league is played under the administration of the UEFA Confederation. To discover more about this honorable league, don’t miss the post of Betimate right here below!

WHAT IS THE AUSTRIAN FOOTBALL BUNDESLIGA?

Since Austria ranked sixteenth in the UEFA association coefficient rankings at the end of the 2015-16 season, the league gained its first spot for the UEFA Champions League.

HISTORY OF THE AUSTRIA BUNDESLIGA?

HOW IS THE FORMAT OF THE AUSTRIAN FOOTBALL BUNDESLIGA?

From 1974 to 1982, the league was taken part in by 10 clubs. Each team played the others four times during the season. from 1982-1985, it was played by 16 teams with each team playing the others twice. In 1985, the league’s format was changed to a twelve-team league which played a home and away round in autumn.

The best eight clubs in the league were advanced to the championship round (Oberes Play-off) to play again each other twice. The four last-ranked teams of the autumn round joined the top four of the First League to decide the four teams to play in the Bundesliga in the next season.

Until 1993, the league was back to the ten-team format. In November 1991, the Bundesliga was reconstituted as a federation and admitted on 1 December 1991 to the Austrian Football Association as its 10th member.

Since the 2018-19 season, the number of the league was increased to 12 teams. The top 6 teams would participate in the championship round while the other six would play in the relegation round. 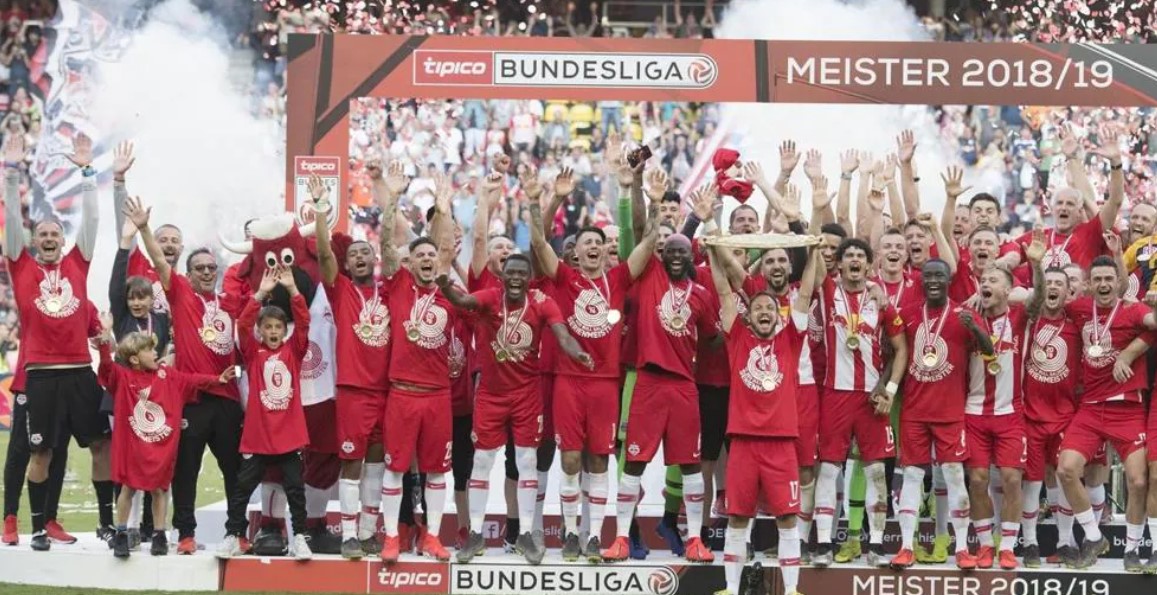 The 2020-21 season of the Austria Bundesliga features 12 teams. This season, Red Bull Salzburg and Rapid Wien are having great results. They are the two leading teams in the championship round until the present.

Rapid Wien are the dominants of the Austria Bundesliga with 32 times reaching the highest title. Austria Wien rank second with 24 winning times. Red Bull Salzburg are playing very impressively in recent years. They have had 14 titles from the inaugural season and also the defending champions (2019-20).