Free football predictions and tips for Poland I Liga

Polish I Liga in a nutshell

The 2020-21 season of Poland I Liga has just closed with the playoff match for the third to sixth teams taking place on 21 June. We finally found out the third team that will be promoted to the Ekstraklasa with Radomiak Radom and Bruk-Bet Termalica Nieciecza is Górnik Łęczna.

What is the origin of the I Liga?

I Liga, or known as Fortuna I Liga due to sponsorship reasons, is the second-highest division of the Polish football league system, below the first-tier Ekstraklasa. The competition was founded 73 years ago on 30 May 1948 as Second League (II Liga) and got its current name in 2008. It has been organized by the Polish Football Association (PZPN) since the tournament’s inception.

On 14 and 15 February 1948, a meeting of authorities from the Polish Football Association was held in Warsaw with the purpose to establish a second league in the country. Officials from Gdańsk advanced the creation of the association, but this thought was contradicted by the delegates from the foremost capable districts of Polish football.

However, at the end of May, the second division was formally affirmed with 18 teams joining. On 19 February, Polish Football Association decided to expand the number of participants to 20 teams, which would be split into two regional groups. The inaugural season of the I Liga was in 1949 with northern and southern sections, which consisted of 10 teams participating in each region.

How does the I Liga work?

The Polish I Liga is played as a round-robin tournament. There are currently 18 clubs participating in one season of the competition, and each will compete with every other team twice, once at home and once away, so each team will appear in a total of 34 matches.

By winning a single match, teams will be awarded three points. If the match is tied, both teams receive one point. There will be no points for the losing team. By the end of the season, the aggregated points will determine the standing of 18 teams. The first-placed team is the team with the highest points and will be crowned the title. They, along with the runner-up will be promoted to the Ekstraklasa, while the bottom three teams are relegated to the lower division, II Liga (West or East). The third to sixth teams will qualify for the promotion playoffs. They will compete with each other to find out the winner, who will be promoted to the Ekstraklasa with the top two teams.

This season, games have been playing impressively, let's join us frequently to get the latest Poland I Liga Predictions.

What clubs are playing in the Polish I Liga?

Above is the name of 18 teams that are playing in the I Liga, along with their locations, and home venues with capacity.

Radomiak Radom is the champion of the recent 2020-21 season of the I Liga. This is also the first time they won this second league. Meanwhile, the team that is considered the most successful club in this competition is Gwardia Warsaw with six times lifting the I Liga trophy. However, their last winning season was 1980-81 and since then, they haven’t achieved any I Liga title. 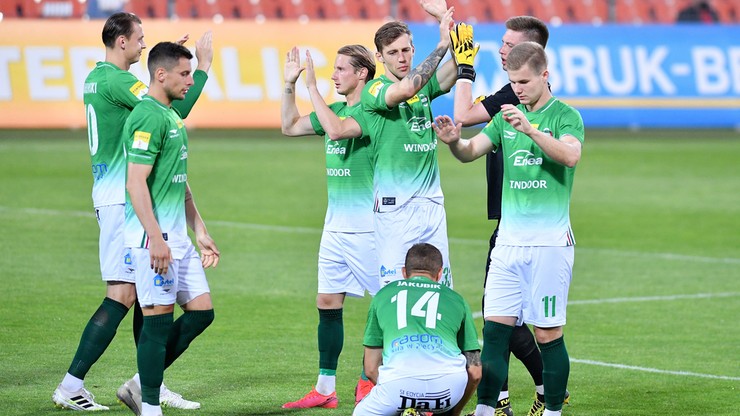