Italy Serie B Italy predictions, the most accurate football prediction

THINGS YOU SHOULD KNOW ABOUT SERIE B

If you are a fan of Italian football, Serie B must be a league that you can not ignore. This is the second-biggest football tournament in Italy that is only lower than Serie A. Despite not being as famous as Seria A, Serie B is always looked forward to with attractive matches, strong clubs, and skillful ways of playing. Serie B Predictions must be something you want to follow besides the breathtaking performances. We all have it here on our website!

WHAT IS ITALY SERIE B?

Serie B is also called Serie BKT because it is sponsored by Balkrishna Industries Limited (BKT) company. According to the Italian football league system, it is the second-highest division after the Serie A. Before 2010, Italy Serie B was under the administration of  Lega Calcio. As for the 2010- 11 season, Lega Serie B( Lega Nazionale Professionisti B- LNPB) took over the league.

In Italian, Serie B is known as “ campionato cadetto”or “cadetteria”. WHAT IS THE HISTORY OF SERIE B?

Italy Serie B has been officially operated since 1929 which is in the same year as Seria A. Until now, the league has been over 90 years and it has been still remaining as one of the most excellent football competitions in Italy.

In the past, the establishing history of Serie B was quite complicated. The former league of Serie B is known as a junior football championship with the name “ Second Category”. It was founded in Italy in 1904, after seven editions of the major tournament ( Serie A now) of FIGC. The competition was contested by senior squads of town clubs and by youth teams of city clubs. The first ones who won the championship would be promoted to First Category.

FIGC attempted to reform the tournament many times but only in 1928, a big reformation was conceived by FIGC president Leandro Arpinati. A year later, a new Second Division based on the same national format of the major tournament would be born. 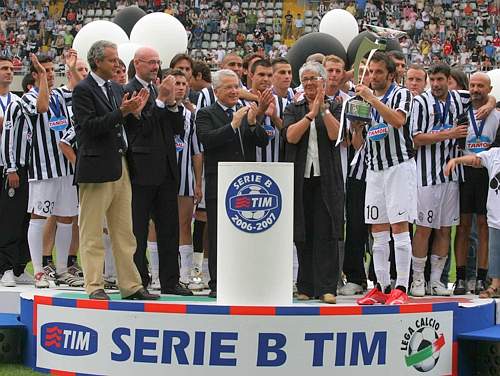 Serie B began in 1929 with the participation of 18 clubs and continued until World War II. In the aftermath of the war, it was divided again between the northern and the southern part of the country. The championship became national again in 1948 and most seasons were played by 20 clubs.

In the 2003–04 season, a single group of 24 teams was formed. This was the largest in the history of all levels of the Italian championship. After 2004, the competition with a 22-team format was introduced together with playoff rounds.

Lega Serie B was formed on 7th July 2010 after Serie A split with Serie B to form Lega Serie A.

For 2010–11 and 2011–12 seasons, the league was under the name Serie Bwin instead of Serie B TIM because of the sponsorship reason. In 2015, its name was changed again into Serie B ConTe.it or Lega Nazionale Professionisti Serie B.

Serie B is the lowest division where five strong clubs (Torino, Juventus, Milan, Roma, and Lazio) have ever played.

At the beginning of the 2015–16 season, the "green card" was introduced in Serie B. Serie B is the only football tournament using this type of green card. It is given to promote fair play and good acts. The green card will not be given during the game but awarded after the match. It is to a player or coach who exhibited fair play by the referee. The player or coach with the highest number of green cards at the end of the season will be rewarded.

HOW DOES SERIE B WORK?

The three top teams of Serie B are promoted to Seria A while the last four teams are relegated to Serie C.

In the promotion zone, the winners and runners-up are automatically promoted. The third position is determined by points. If the third-placed team is 10 or more points than the fourth-placed team, it is directly promoted. Otherwise, a play-off tournament will take place.

Under the new playoff format, up to three rounds may be required. The opening rounds are single legs hosted by the higher-ranked team whereas the final two rounds are two-legged ties. If a tie is drawn at the end of the regular match, extra time is given. If they both are in a tie after 30 minutes of extra time, the higher classified team advances. 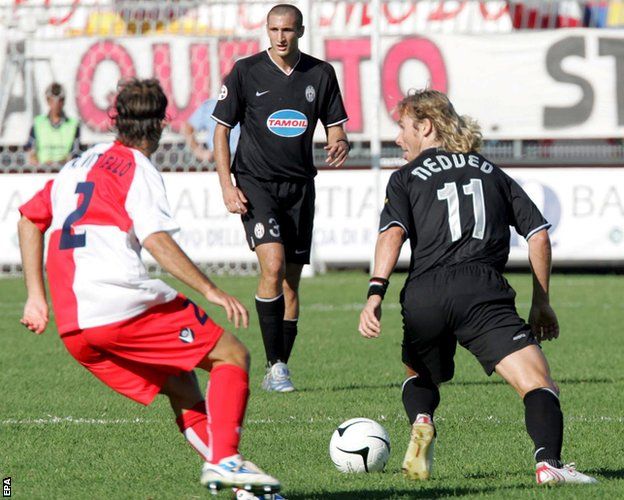 A match in Serie B

The three lowest teams are directly relegated to Serie C. The fourth team being downed to Serie C is decided by a play-off round. For example, if the 16th- the placed team is 5 or more points ahead of the 17th - placed team, the 17 team becomes the last team being demoted to Serie C. On the contrary, the conditions for a playoff (playout format) are applied.

Since the 2006–07 season, the Serie B champion has been awarded the cup Ali della Vittoria (Wings of Victory). The trophy is 63 cm in height and 5 kg in weight. Its structure represents the wings of the goddess Nike. The goddess of victory is holding a cup which is similar to an Olympic flame.

Atalanta and Genoa are the best clubs in the league. Both of them have had 6 times getting the winning title. Palermo owns 5 cups; Baris and Brescia have 4 titles as well. It can be said that the strength of teams in Serie B is pretty equal so that the race to winning the league becomes more attractive than ever.

FAQS OF ITALY SERIE B

Who are the winners of Serie B at the present?

Empoli are the winners in Serie B (2020-21). This is the third time the team has won this prestigious title.

Here is the complete table of the best players in Serie B in the latest season.