WHAT IS THE GHANA PREMIER LEAGUE?

The Ghana Premier League is the top professional division of the Ghanaian football league system. The league was founded in 1956 as the successor of the Gold Coast Club Competition.

The league is run by the Ghana Football Association. It was ranked as the 11th best league in Africa by the IFFHS from 2001-2010 and was also ranked 65th in the IFFHS’ Best Leagues of the World Ranking in the first decade of the 21st Century.

The winners of the league qualify for the next CAF Champions League. Whereas, the three bottom teams have to be relegated to the Division One League (the second tier of the Ghana football league system).

Aduana Stars are defending champions after they won the Ghana Premier League 2017. The seasons from 2018 to 2020 were canceled by government directives and by the Covid-19 pandemic all over the world.

The Ghana Premier League 2021 is the 65th edition of the top football league in Ghana. The season started on 14 November 2020 and is scheduled to finish in July 2021.

There are 18 teams taking part in the league. Each team plays the others twice, home and away. The best team will become the champions while the three last-ranked teams are down-leveled to the Second Division.

TITLES BY CLUBS IN THE GHANA PREMIER LEAGUE 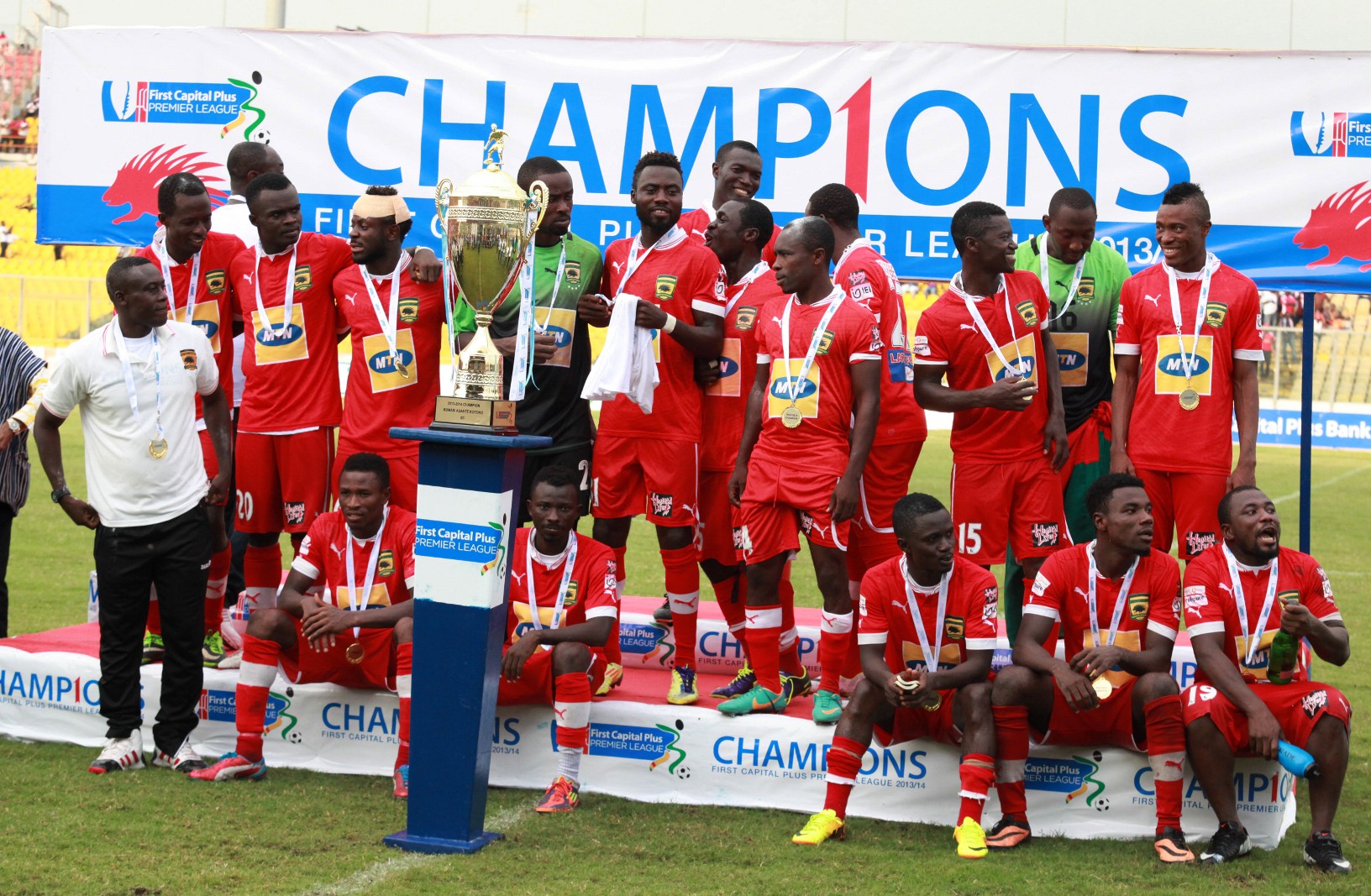 According to the following Ghana Premier League table, the league has been dominated by Asante Kotoko and Hearts of Oak for many years. FC Kotoko have had 24 times getting the highest titles while Hearts of Oak have won 20 times.

Ashanti Gold rank third with 4 titles. Great Olympics and Aduana Stars are at the next positions with 2 titles each.

As of May 15th, 2021, Taylor Diawisie is the best player in the 2021 season with 13 goals for Karela United FC. The second position belongs to Joseph Esso from Dreams FC with 11 goals.

WHERE TO WATCH THE GHANA PREMIER LEAGUE?

In September 2013, SuperSport was the unit guaranteeing the television production and broadcast rights to the Ghana Premier League after signing a deal with the GFA.

In 2017, Pay-TV provider StarTimes became the official television production and broadcast rights holder for the top league. At the present, StarTimes broadcasts live matches of the league every matchday.

Betimate is one of the best football news pages nowadays. We continually check the information of every league in the world, including Ghana competitions. Please visit our page frequently to update Ghana Premier League Predictions and Ghana Premier League results as soon as possible.