WHAT IS HOLLAND RESERVE LEAGUE?

Holland Reserve League is another name of the KNVB Reserve Cup or  KNVB Beker voor beloften. This is a cup league for reserve teams of professional football teams in the Netherlands. The winner of the competition qualifies for the next year's KNVB Cup.

In case the winning team has already become the champion in the national competition for reserve teams( Eredivisie voor beloften), the runner-up has the qualification for the KNVB Cup. Beyond the basic knowledge about this reserve league, our website also offers the Netherland Reserve League Predictions that you can refer to before your next bet. 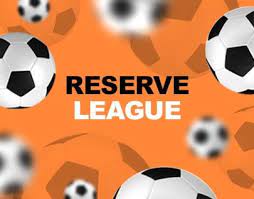 HOW IS THE HISTORY OF THE RESERVE LEAGUE?

The competition was first held in 1997. Until that time, the teams played in the KNVB District Cup competitions and competed for the KNVB Amateur Cup.

Because of many reasons, the league has not been celebrated in the 2020-21 season.

In the 2019-20 season, there were 22 teams which were divided into 2 groups A and B taking part in the cup competition. Teams then joined the Championship Round and the Lower Table Round to find out the best and the last-ranked teams.

Get more information about the Holland Reserve League Predictions from our website without having to pay!