You can also join us to update the most accurate Spain Segunda Women Predictions as soon as possible.

WHAT IS WOMEN SPAIN SEGUNDA?

Spain Segunda Women is known as the Segunda División Pro( women) or Segunda División femenina RFEF, the second level of the Spanish women’s football league. It is also called Reto Iberdrola for sponsorship reasons. The competition is the female equivalent of the men’s Segunda Division and it is run by the Royal Spanish Football Federation as well. 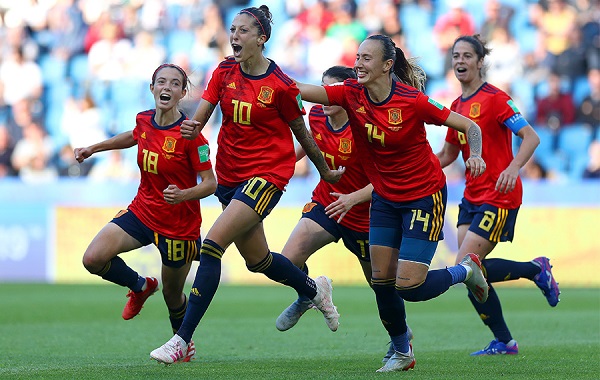 It hasn’t had the Segunda Division Pro until 2018. Before that, the Primera Nacional Femenina de Fútbol( known as Segunda División) was the second tier of the league system. This league has been founded since the 2001-02 season.

WHAT IS THE FORMAT OF SEGUNDA DIVISION PRO?

The first champions and promotions of the league belong to these below teams:

WHICH TEAMS ARE IN SPAIN SEGUNDA WOMEN?

In the 2020-21 season, participating teams of the Segunda Division Pro are still divided into 2 geographical groups, a Northern group, and a Southern group. However, there are 2 groups of 17 teams taking part in this season.

Here are the final statistics of the Promotion Groups in the season.

At present, Alavés are the most successful club in Group North with the highest points and leading the Group North table.

In the southern region, Villarreal lead the race with 55 points afterward.

The information and predictions of Spain Segunda Women are updated continually on Betimate. Please visit us to get the news as soon as possible.