Aruban Division di Honor is the top level of the association football league in Aruba. The competition was created in 1960 by the Arubaanse Voetbal Bond. If you are a fan of Aruba football, don’t miss updating the newest information about it with Betimate today.

WHAT IS ARUBAN DIVISION DI HONOR?

As mentioned above, Aruba Division di Honor is the top-tier association football league in Aruba. The competition is also called the Campeonato AVB Aruba Bank due to the sponsorship reason.

The top clubs from the league could enter the Kopa Antiano for the championship of the Netherlands Antilles. SV Racing Club Aruba and SV Estrella were the only Aruban clubs to win that championship in 1965 and 1970.

HOW IS THE FORMAT OF THE ARUBAN DIVISION DI HONOR?

According to the regulation of the league, the winning team qualifies for the CONCACAF Championships Cup from the first round of the CFU Club Championship. On the other hand, the last-ranked team is relegated to the Aruban Division Uno (the Aruban Second Division). The 8th and 9th-placed teams play a 4-team round-robin with the second and the third team of the second division to determine the relegated/promoted team. The championship is often played between April and November. 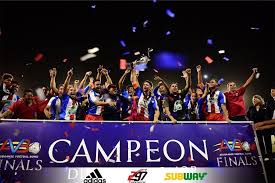 The results of the participating teams are displayed in the following Aruba Division Di Honor Table for the 2021-22 season (updated on March, 28th, 2022).

TITLES BY CLUBS IN THE CAMPEONATO AVB