Some fundamentals about the AFF Cup

Before heading to the current season of the AFF Cup, let’s grab some basic information about this football competition.

What is the AFF Cup?

The AFF Cup, or officially known as the ASEAN Football Federation Championship, or AFF Championship is a biennial football competition held by AFF for men’s national teams from Southeast Asia. Since 2008, the competition has been called AFF Suzuki Cup due to the sponsorship from a Japanese auto company. 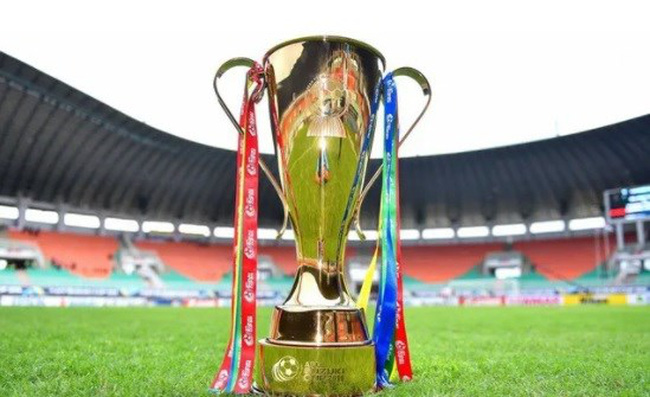 The AFF Cup was founded in 1996 as the Tiger Cup. It was because the competition was first sponsored by a Tiger Beer-production company from Singapore.

How does the AFF Cup work?

The AFF Cup has changed its format several times since the inception of the competition. Since 2018, a new format has been applied and used until now. Accordingly, 10 qualified teams (based on their performances from the last two seasons) will enter the final tournament.

There were actually 11 teams started, but only the nine highest-ranked teams automatically qualify for the competition proper, while the 10th and 11th teams have to compete over two legs to gain the last spot.

These 10 qualified teams will be divided into two groups of fives (A and B) in the group stage due to a draw. In each group, the single round-robin format is applied. Each team in each group will play a total of four matches, including two home and two away games. The top two teams in each group will advance to the semi-finals.

The knockout phase starts with the semi-finals, then the finals. All are played over two legs.

Which teams qualified for the 2020 AFF Suzuki Cup?

In the first leg, the host team and Indonesia ended up with a 1-1 draw, while Vietnam lost to Thailand with a 0-2 score. In the second leg, Singapore lost to Indonesia by 2-4, and their final result after two legs was 3-5, helping Indonesia get their steps to the final. On the other hand, Vietnam and Thailand both kept their sheets clean with a goalless draw. But with a loss in the first leg, Vietnam couldn’t qualify for the final. 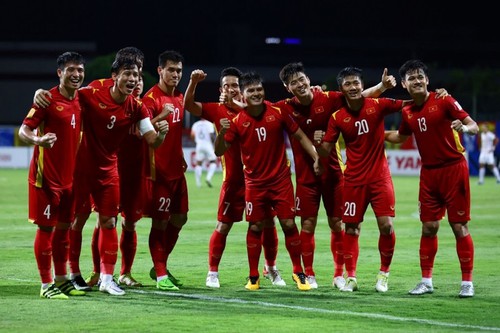 Vietnam-the previous champion, was eliminated in the semi-final due to the loss to Thailand

The first leg of the final was completed with a big win for Thailand. Indonesia conceded four goals and couldn’t break the net of Thailand. Chanathip from the Thai national football team scored a brace in this leg in the second and 52nd minutes. The other two goals from Supachok and Bordin in the 67th and 83rd minutes respectively. 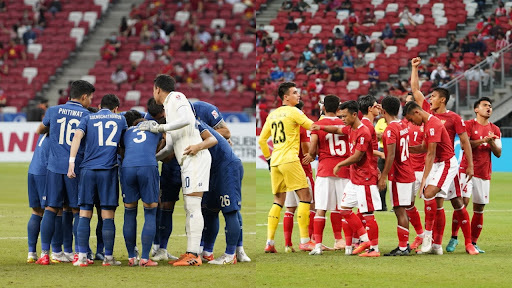 Indonesia vs Thailand in the AFF Cup final's first leg

In the second leg that took place at the beginning of January 2022, Indonesia had better performance and ended up with a 2-2 draw. Adisak and Sarach were two players who scored for Thailand, and Indonesia got two goals thanks to Kambuaya and Egy.

The aggregate result was 6-2 with Thailand being crowned the champion. This became their sixth AFF Cup title since the inception of the tournament, consolidating their top position in the history of the AFF Cup. 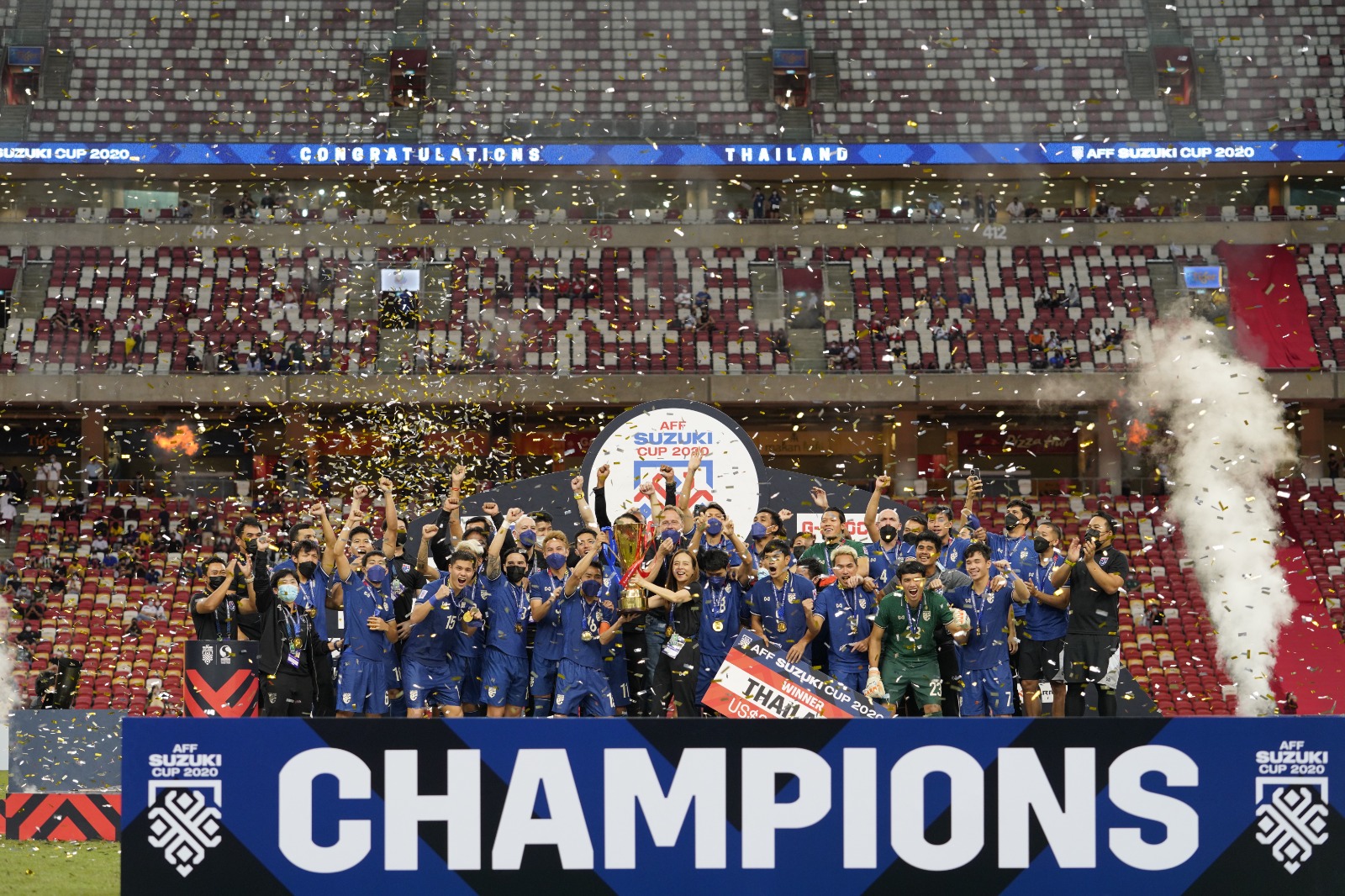