WHAT IS THE AUSTRIAN LANDESLIGA?

The Landesliga is the fourth tier of professional football in Austria. It is ranked under the Regionalliga (the third division) and below the 2.Landesliga/ Unterliga (the fifth division) in the Austrian football league system.

The league is divided into nine conferences. Each conference represents the football of an Austrian state.

The champions of the three below conferences are promoted to the Austrian Regional League East.

The 2019 and 2020 seasons of the league can not be completed due to the effect of the Covid-19 pandemic all over the world. 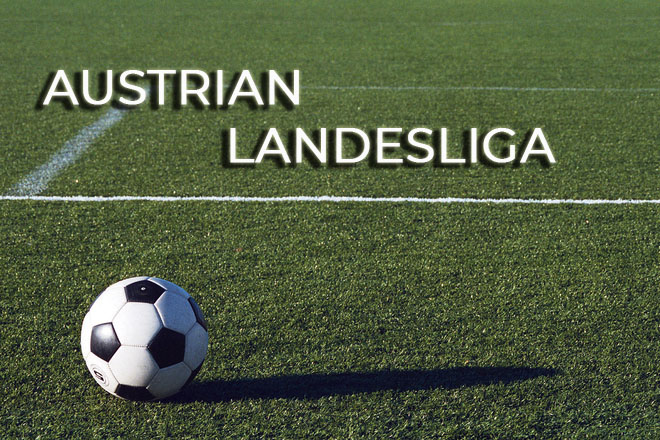 NINE CONFERENCES OF THE AUSTRIAN LANDESLIGA

Landesliga Burgenland covers 16 teams playing one home and one away against each other. There is a total of 30 match days. The champion of the group is promoted to the third-tier Regionalliga Ost. The last-ranked teams of the competition are relegated to the fifth-class divisions 2. Liga Nord, 2. Liga Mitte and 2. Liga Süd. The number of teams being relegated varies depending on the number of relegated Burgenland teams in the Regionalliga Ost. On the other hand, the three best teams of the three fifth-class divisions are respectively advanced to the Landesliga Burgenland.

The winner of the conference directly qualifies for the Regional League East along with the champions of the Burgenland national league and the Wiener Stadtliga. The worst teams of the competition are relegated to the 2. Landesliga Ost.

There are 15 teams taking part in the 2020-21 season of the 1. Niederösterreichische Landesliga.

The Wiener Stadtliga is the fourth-highest tier in Austrian Football for clubs of Vienna stage and some teams from the neighboring province of Lower Austria. There is a total of 16 clubs participating in this group.

The champion of the conference rises directly in the third-highest level of Austria. The relegation leagues of the Wiener Stadtliga is the 2. Landesliga where the worst teams of the conferences are down-leveled.

The Kärntner Liga is the Austrian fourth-highest division for football clubs in the area of the province of Carinthia and the East Tyrol region.

The Carinthian League is held as a league system competition with the presence of 16 teams. The competition is played in 30 championship rounds according to the double round-robin format.

The matches and venues are drawn at the beginning of the season. The champions of the competition are crowned the Kärnter Landesmeister title and promoted to the Austrian Regional League Central.

The OÖ Liga or the Oberösterreich-Liga is the football division of Upper Austria. This is a league competition that features 16 participating teams from Upper Austria. Each team in the league plays against all other teams twice at home and away.

The winning team of the competition becomes the Upper Austrian Champion and advances to the Regional League Central. The number of relegated clubs varies from 2 to 4 teams, spread out on a regional basis in the Landesliga Ost and Landesliga West.

This is the football tier of the Austrian state of Styria and the fourth-highest football league in Austria. The 16 participating teams play a league competition’s format in a home round and away round. A championship season includes 30 match days.

The champion of the competition is entitled to promotion to the third-class Austrian Regional League Central. Whereas, some last-ranked teams have to be relegated to the Oberliga divisions.

The Salzburger Liga was founded in 2010. It is the top division in Salzburg football as well as the fourth tier in Austria. The Salzburg Football Association takes responsibility for the league.

It is played in a promotion and relegation system. The best team moves up into the Austrian Regional League West. On the other hand, the last-placed teams move down to the Austrian 2. Landesliga.

The Tiroler Liga is officially known as the UPC Tirol Liga. This is the top division of the Tyrol region (without East Tyrol). The competition is run by the Tirol Football Association. Its champion is promoted to the Austrian Regional League West while its two last-ranked teams are relegated to Landesliga Ost and Landesliga West.

The Vorarlbergliga is the fourth-highest football league in Austria and the top league of the Austrian state of Vorarlberg. It is administered by the Vorarlberg Football Association.

The Vorarlbergliga has a similar format to other confederations. The champion has the official ticket to enter the third-tier, the Regionalliga West. The worst teams move down to the Landesliga (Vorarlbergliga). Since the 2014-15 season, a relegation at the end of the season between the third-placed team of the Landesliga and the lowest-ranked non-relegated team from the  Vorarlbergliga is held. It is played in a two-legged format.