WHAT IS THE AFC ASIAN CUP?

The AFC Asian Cup is the primary football competition contested by the senior men’s national teams of the member of the Asian Football Confederation in order to find the continental champion of Asia.

This is known as the second oldest continental football championship in the world just after Copa America. However, the competition has not been held annually but once every four years since 1956. The champion of the cup becomes the champion of Asia. Until 2015, the AFC Asian Cup qualification is for the FIFA Confederations Cup.

All AFC Asian Cup Predictions are now available on our site, do not miss them! 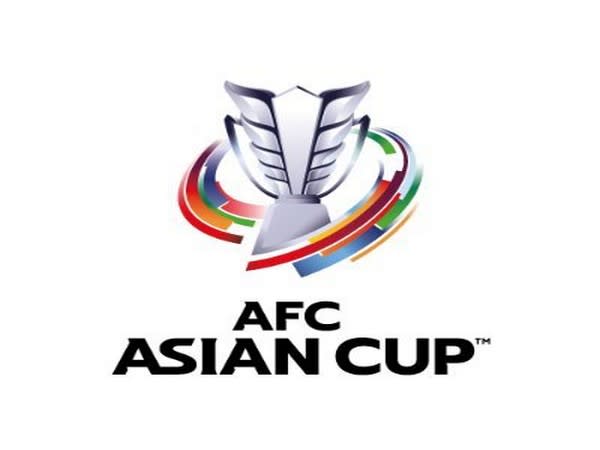 WHAT IS THE HISTORY OF THE AFC ASIAN CUP?

Two years after the Asian Football Confederation (AFC) being established in 1954, the first-ever AFC Asian Cup took place in Hong Kong with seven of the twelve founding members joining.

The qualifying process was related to the hosts and the winners of the various zones( western, central, and eastern). It was only a four-team format that also existed for 1960 and 1964.  Sub-confederations have already hosted their own biennial championship with varying degrees of interest. Dominance has rotated between the East and West so far. South Korea was the first champion of the competition and won the two consecutive seasons. From 1968, the tournament became the preserve of Iran with three consecutive winning times( 1968, 1972, 1976). The next dominances belonged to West Asian countries and Japan.

As of the 1990s, the AFC Asian Cup was mostly played on a more non-professional level. However, with its attempt to raise the standard and have more spots for the FIFA World Cup, the tournament has gradually recognized its professional status.

After 2004, the competition was next held in 2007 and co-hosted by four nations: Indonesia, Malaysia, Thailand, and Vietnam.

At the 2019 Asian Cup, Video Assistant Referees (VAR) were used for the first time. The teams taking part in the tournament were also increased to 24 teams. A fourth substitution was allowed during the extra time of the competition. 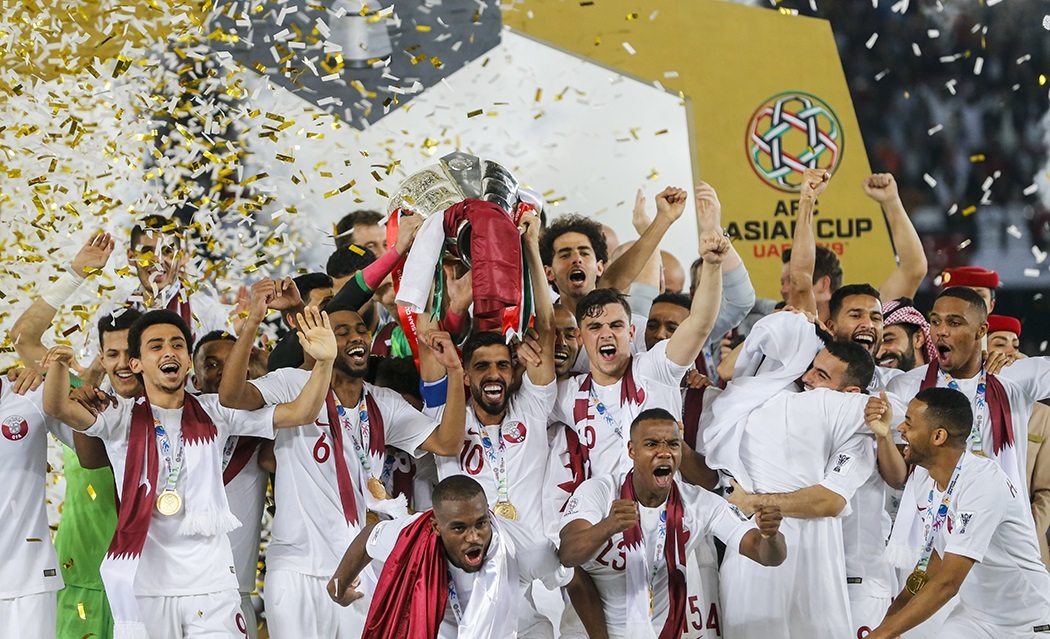 WHAT IS THE FORMAT OF THE AFC ASIAN CUP?

Since the 1972 tournament, its finals have been played in two stages: the Group stage and the Knockout stage.

Since 2019, teams have played three games each in a group of four. The winners and runners-up from each group advance to the knockout stage together with the four best third-ranked teams.

In the knockout stage, the sixteen teams play in a single-elimination tournament. It is started with the Round of 16 and finished with the final game of the competition.

WHAT IS THE TROPHY OF THE AFC ASIAN CUP?

There have been two trophies of the AFC Asian Cup. The first one was used from 1956 to 2015, and the second one was used at the beginning of the 2019 tournament.

The first trophy was designed in a form of a bowl with a circular base. It was 42 centimeters in height and 15 kilograms in weight. As of the 2000 tournament, the black base contained plaques, engraved with names of the winning country and the edition won as well. The trophy was then redesigned, reduced the black base, and added more silver. The winning countries’ names were carved around the base. 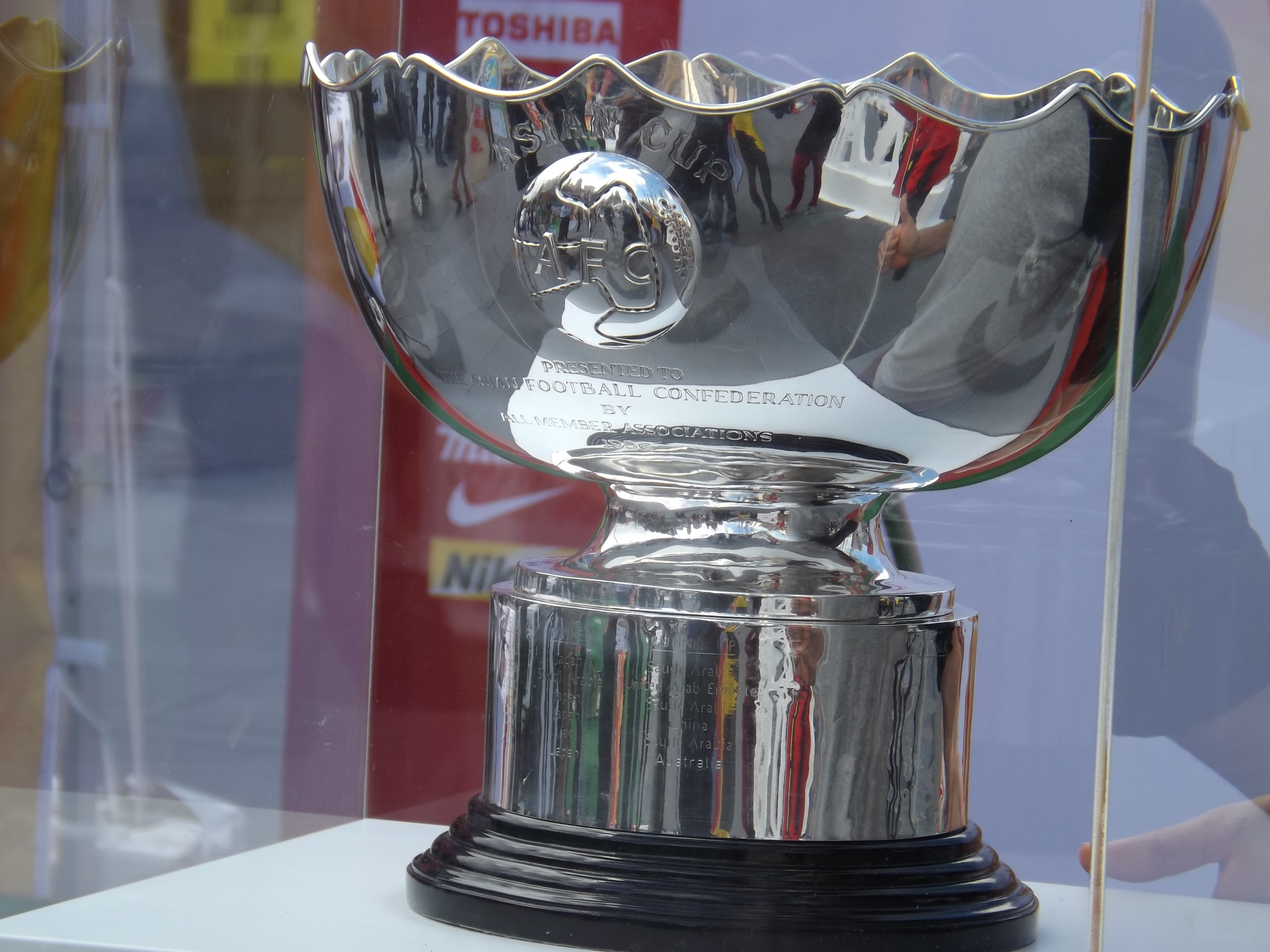 During the 2019 group stage, an all-new trophy made by Thomas Lyte was unveiled. The Cup is made of silver with 78 centimeters in height, 42 centimeters in width, and 15 kilograms in weight. It is modeled over the lotus flower, a symbolically important aquatic Asian plant. Five petals of the lotus represent the five sub-confederations under the AFC. This trophy has a handle on each side, unlike its predecessor.

TOP PERFORMANCE BY NATION IN THE AFC ASIAN CUP

As of the 2019 AFC Asian Cup, Japan has been the most successful national team in the tournament with 4 times reaching the winning title. Both Saudi Arabia and Iran have been having a title less than Japan in this race with 3 times becoming the champion. South Korea has had 2 cups in the first tournaments.

Whereas, Israel1, Kuwait, Australia, Iraq, and Qatar have 1 winning title each. The remaining teams in the competition have also had at least one time being the runner-up.

CHAMPIONS BY REGION IN THE AFC ASIAN CUP

The below table lists the performances of regional federations in the AFC Asian Cup from the beginning of the tournament. According to that, countries in West Asia and East Asia are still dominating the cup.

FAQS ABOUT THE AFC ASIAN CUP

Which country will host the 2023 AFC Asian Cup?

The 2023 AFC Asian Cup will be held in China with the participation of 24 teams of the continent’s best teams competing across China PR. It will also mark the second time the tournament will be hosted in the country after the 13th edition in 2004. 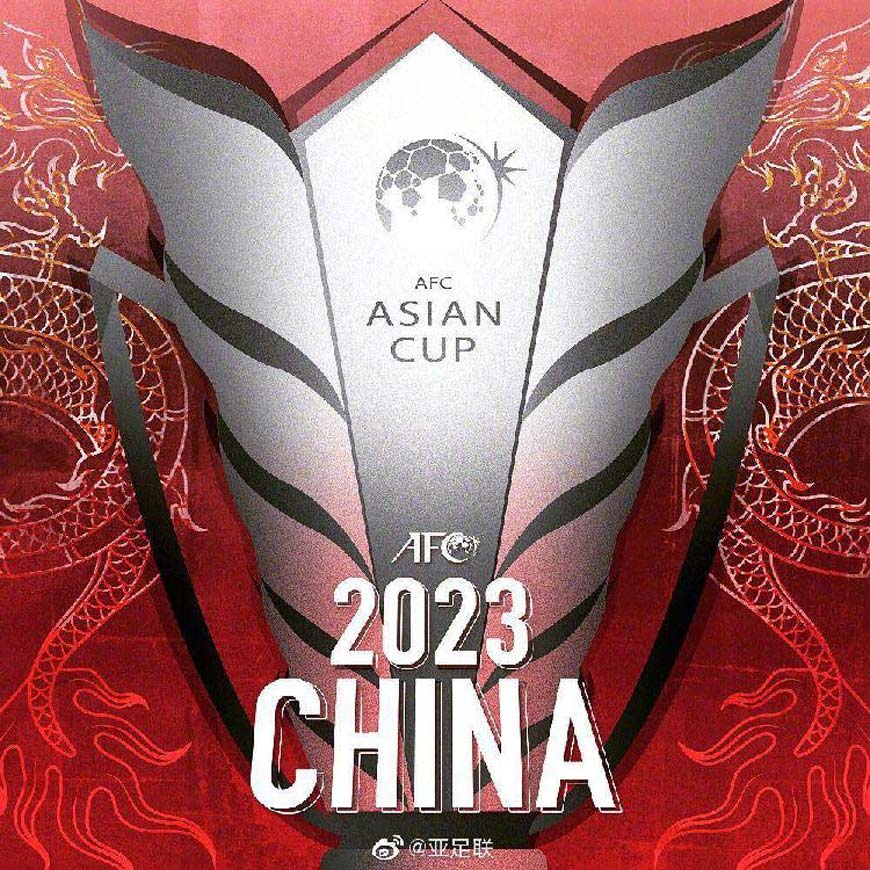 The 2019 AFC Asian Cup winners, as well as the current champions, are players from Qatar. This is also the first time this team gets the prestigious winning title.

Controversies around the AFC Asian Cup

Although this competition is the second oldest continental football tournament, the AFC Asian Cup has suffered a lot of criticisms. They are about the inability of the AFC Asian Cup to attract large attendances, political interference, high costs of traveling between AFC member states and different cultures.

Please update the newest information about the AFC Asian Cup results on Betimate every day!