WHAT IS HOLLAND EREDIVISIE (WOMEN)?

Holland Eredivisie for women is the professional women’s football league in the Netherlands. It is known as the  Vrouwen Eredivisie ( Dutch for Honor Division, Eredivisie Vrouwen before 2020) and also the Pure Energie Eredivisie Vrouwen because of a sponsor contract until the 2023-24 season. The winner and the runner-up of the competition qualify for the UEFA Women’s Champions League. Besides the related information about the league, Eredivisie Women Predictions are also updated on our website! 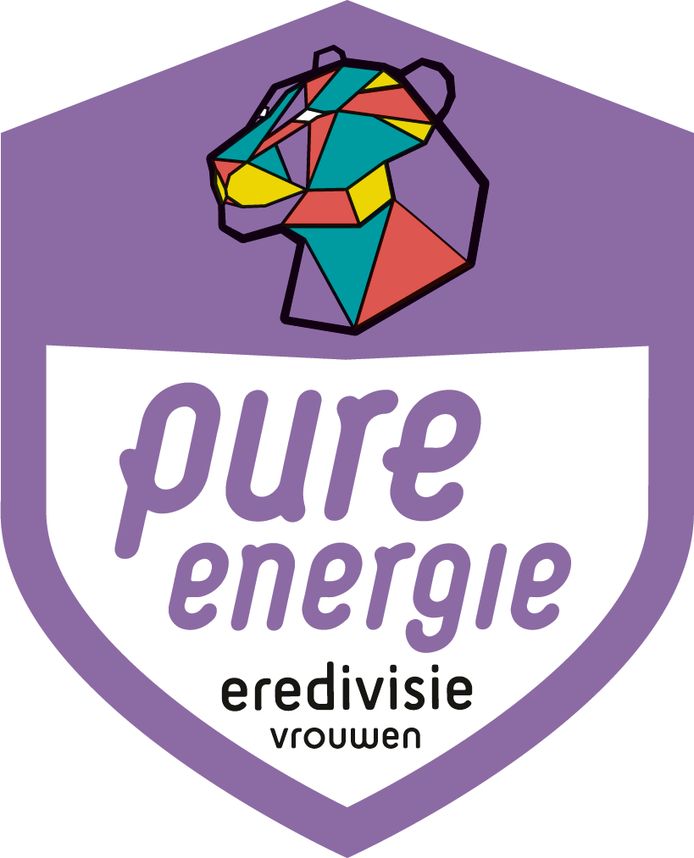 THE HISTORY OF THE VROUWEN EREDIVISIE

In January 2007, the KNVB presented plans to the Eredivisie Vrouwen, which is a professional women’s league. The first season took place at the Arke Stadium in Enschede with the participation of the six teams named ADO Den Haag, AZ, SC Heerenveen, FC Twente, FC Utrecht and Willem II.

The inaugural match was between FC Twente and SC Heerenveen with the win belonging to SC Heerenveen. At the end of the season, AZ were crowned the first champion of the competition and Karin Stevens was the top goalscorer with 20 goals in the whole season.

In 2008, the league included 7 teams with the new presence of Roda JC. However, due to financial reasons, this team couldn’t join the league in the next season. On 10 March 2010, that VVV-Venlo and FC Zwolle joined the competition took the total of participating teams to eight for the 2010-11 season.

This was the period that witnessed the most changes of teams in the league as well as the restructuring of this competition. On 22 February 2011, a meeting between the League (Stichting Eredivisie Vrouwen - SEV), KNVB, and clubs was held to discuss possible improvements to the league. However, on the same day, the three-time league champions AZ declared to withdraw from the league after that season. Willem II then announced their withdrawal from the next season of the competition due to financial issues. In the following days,  FC Utrecht and SC Heerenveen announced to leave the competition but they were back after having guaranteed their financial ability. On 27 May 2011, SC Telstar became the seventh team for the season.

The 2011-12 season was finished with the winning title belonging to ADO Den Haag. On 30 August 2011, the KNVB and its Belgian counterpart (KBVB) decided to merge its respective women's professional leagues into a combined BeNe League. The new league was approved by UEFA and started in the 2012-13 season.

After 3 seasons of the BeNe League, the KNVB confirmed the restart of the Eredivisie Vrouwen in the 2015-16 season. Ajax and PSV made their debut in the competition alongside ADO Den Haag, SC Heerenveen, Telstar, FC Twente, and PEC Zwolle. FC Twente became the champion that season.

In the 2016-17 season,  Achilles '29 took part in the league and became the eighth team of the competition. In the next season,  Excelsior Barendrecht was confirmed to be the ninth club of the league. Also, Telstar was replaced by a new club called VV Alkmaar.

The 2019-20 season couldn’t be completed due to the Covid-19 pandemic. In the 2020-21 season, the league was re-branded as Vrouwen Eredivisie and given a new logo with a stylized lioness. From the beginning of the 2021-22 season, Feyenoord will become the next new member of the league. 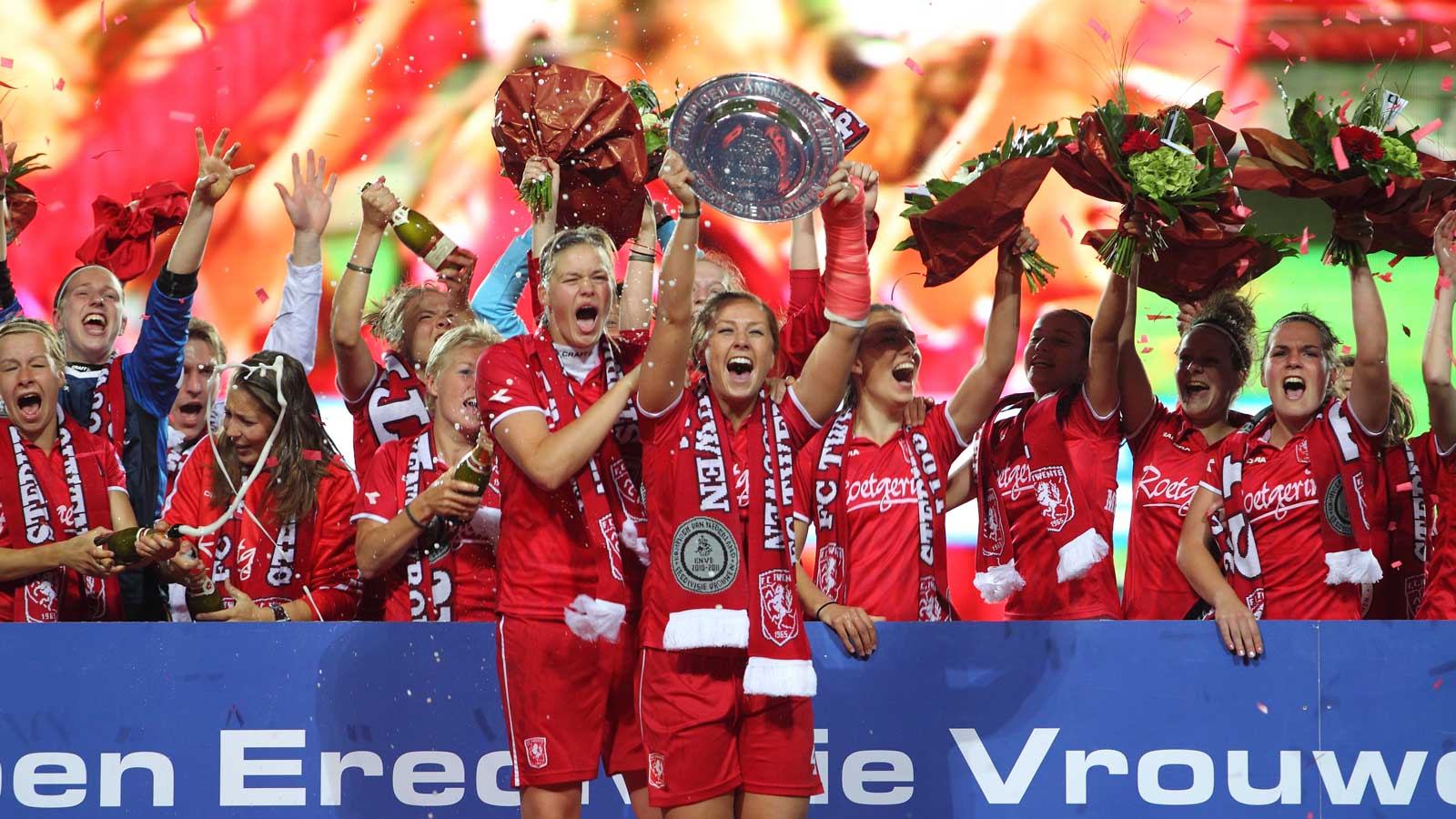 HOW IS THE FORMAT OF THE VROUWEN EREDIVISIE?

The first three seasons of the league( 2007-2010) and the 2015-16 season were played in a quadruple round-robin format with teams competing with each other four times a season, twice at home and twice away.

For the 2010-11 and 2011-12 seasons, the competition was played in a triple-round robin. Teams played each other three times (once at home, once away and once defined by a lottery system before the season).

In the 2020-21 season, matches are played in the double round-robin. Points accumulated at the regular season are halved and added to the points of the playoff rounds. However, it is different from the men’s football league system because there is no relegation from the Eredivisie Women.

From the beginning of the 2021–22 season, the league will move to a triple round-robin system with the playoffs being completely eliminated.

STATISTICS OF THE 2020-21 EREDIVISIE VROUWEN?

Which teams are taking part in the Eredivisie Women 2020-21?

Here is the current result of the Netherlands Eredivisie Women in the 2021-22 season. The final statistics of the league are being continually updated on the site of Betimate, don’t miss them!

THE BEST TEAMS OF THE EREDIVISIE WOMEN THROUGH THE YEARS

AZ is the first team to win the title in three consecutive seasons of the competition. However, the club withdrew from the league only a year later. The team which is considered the best until the present time is FC Twente with 4 winning titles, Ajax has 2 wins and ADO Den Haag has 1 title.

BEST GOALSCORERS OF THE EREDIVISIE WOMEN

The below table shows the best players of the Eredivisie Vrouwen from the first season until the 2020-21 season. Players get very high scores and bring honor to their teams.

Don't forget that you can get free Netherlands Eredivisie Women Predictions from us as well without paying!